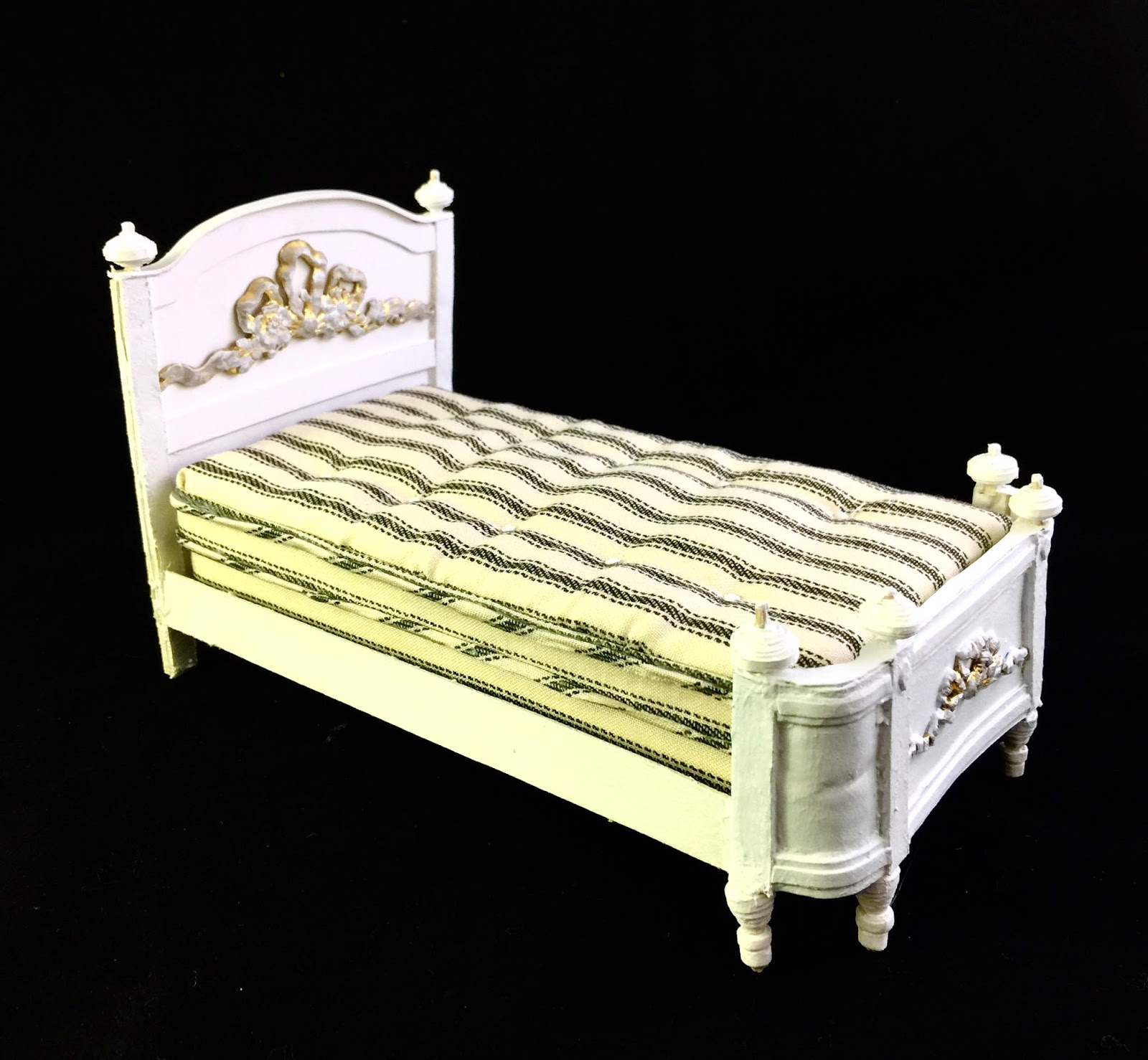 Laid up with morning sickness, and the general misery of my accompanying ailments, I realized that I was running out of time.

I was 38 and STILL smoking.

Now, before y'all get all 'het' up, let me just say this: smoking, for the most part, wasn't a big deal. Most women smoked during pregnancy to keep their weight down. While all that might have stopped in the late 60's in the REST of the 46 states (GA, TN, NC, SC excluded) it didn't here. So, please allow me to explain a bit of our way of life here in North 'by God' Carolina.

I began smoking at 12. So did most of my friends. Being products of a great tobacco state, this wasn't really considered a problem. In fact, in between our Baptist Church's Sunday School and Worship Service, you'd find all the Church Deacons AND the Pastor out puffing away outside the back door.

Most everyone here grew up pulling tobacco. My mother pulled at her grandparents tobacco farm. I ended up pulling at a family friend's farm. For those of you who have never pulled tobacco, well, let me tell you just a bit about it.

Take a series of 90 plus degree days, and start each one at 7 am by priming (pulling the bottom leaves) tobacco. My mother had to do it by hand...I was lucky to have a machine do it, but you were constantly running across the back of the machine, scooping up armfuls of leaves and stacking them i the back. STILL no easy job, I tell you.

You keep working up the stalk-about week intervals, if I remember correctly, and that's week after week of work in the broiling sun. Then you stack the leaves and hang them in the barn (it was an actual barn in mama's time...in mine, it was a large trailer-like apparatus that was a type of kiln that took a week to cure the tobacco) then pile into burlap and haul them to market..

These were 10 hour days, with an hour for lunch. I bet I ate thousands of calories each day and STILL lost weight. The best was when they'd take a huge watermelon, refrigerate it, and bring it out at the hottest part of the day to eat. There are no words to describe the cold, the sweet and the sense of relief it brought. Up until that point, you felt like you might die and you were perfectly okay with it. After 15 minutes at the watermelon baptismal (as I still irreverently refer to it) you knew you could make it a few more hours.

While working tobacco, you would find yourself-daily-coated with a thick, tar-like substance. This was nicotine that we absorbed through our skin. Thus, for those of us who DID smoke while pulling tobacco, we were never worried about running out of smokes. We'd just stand around and lick each others arms.

My point with all of this is to show how smoking was a part of our culture. Drinking? Oh HADES no...you'd best be careful to never let the demon alcohol taint your lips...but you can puff on that smoke all day long.

I'd been told by several doctors that smokers who quit by 40 stood a good chance of having their lungs revert to the same as a non-smoker's. So, at 38 and pregnant, I bid a sad good-bye to my sidekicks Winston and Marlboro Lights 100's (whichever was on sale, that week) and chewed so much Nicorette gum that I was blowing bubbles with it.

To date, I never smoked another.

Today, I'm one of those HORRIBLE people who choke up at the smell and can't stand to be around it. I don't know what happened...I swear it's like I can't breathe if I'm around smoke. Not that this makes me not crave a smoke now and then...I absolutely do. Not often, but there are times when I know that a smoke will bring about a calm I've been missing these past 9 plus years. Like during the construction of this miniature bed. I'm telling you, THIS was one of the most challenging things-for ME-that I've ever tried.

I want to thank Kris, who is a miniaturist of epic proportions. Her site is here-http://1inchminisbykris.blogspot.com/search/label/no-sew%20mattress
She was also kind enough to answer my questions, as well as share her tutorials-gratis-for people who want to learn. Thank you, Kris.

This was a bit of a struggle at times, my headboard is canted, my legs and dowels aren't even and their tops are different lengths, there's a wrinkle in the 'wood' of the foot board, but I look at this and think: "Wow. I can't believe I made this."

And I have to tell you, folks. THAT is better than any smoke I ever had. ;)

The 'diamonds' on the foot board and the layers of 'wood' embellishment are all different sizes of layered cardstock. This is made with cardstock, matboard and posterboard. I used 2 brass pieces from my stash, but Kris used a punch and layered her shapes and it's fantastic!!!! PLEASE go to her site...just to look at it! 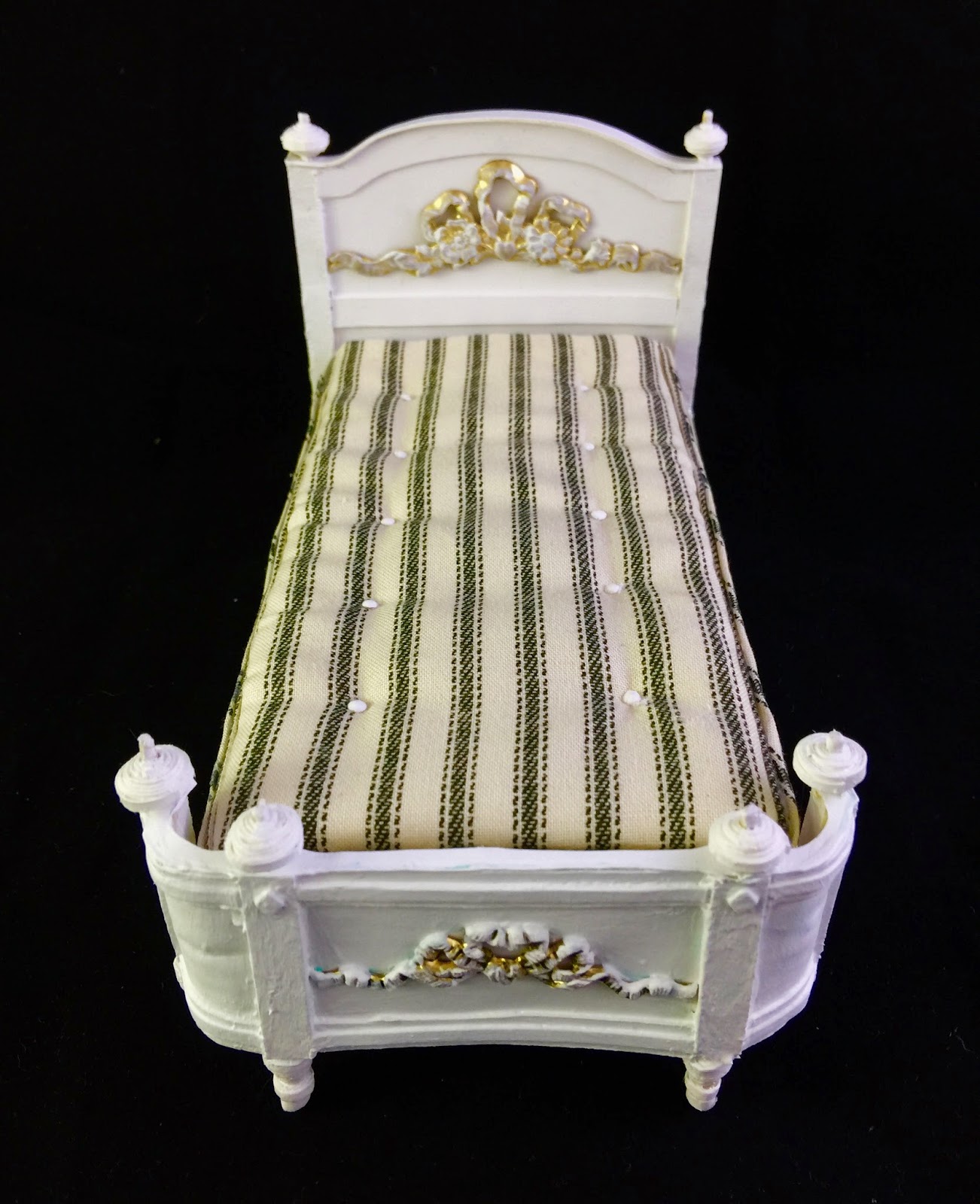 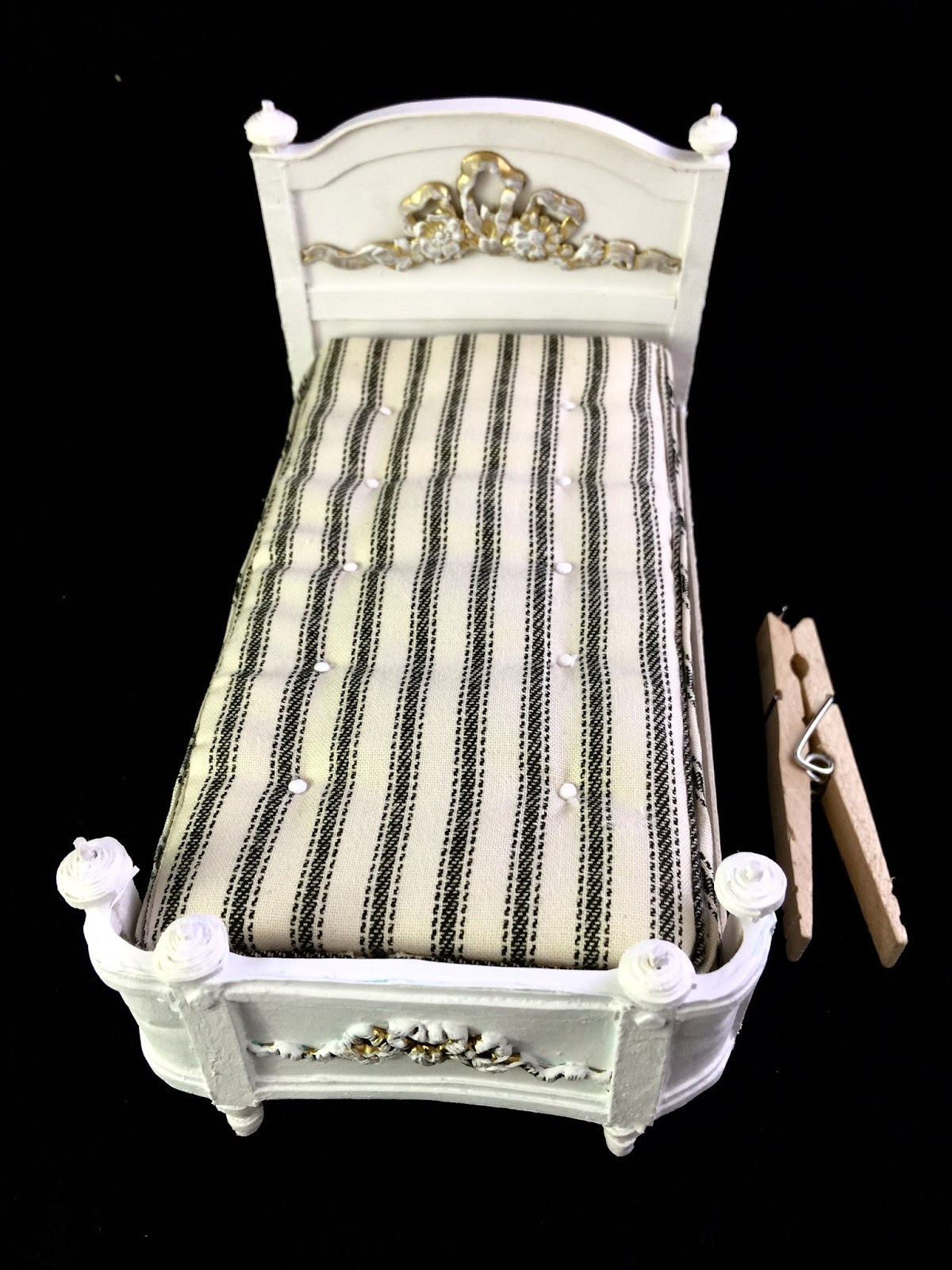 I don't sew. Period. There is a little bit of needlework involved in making the button indents on the mattress. Suffice it to say that it took me only 2 tries to get it looking as right as I was ever going to make it. It wasn't as scary as I thought it would be. :)

Once again, thanks to Kris at 1 inch minis by Kris
Posted by papercraftgoddess at 1:10 PM