Drinking and Teens (Plus TWO Swap Tags in ONE Post-I'm En Fuego, People!) 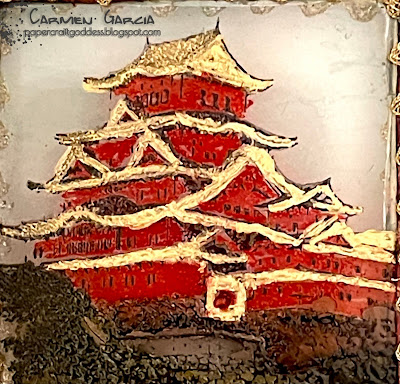 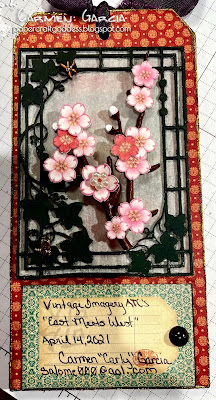 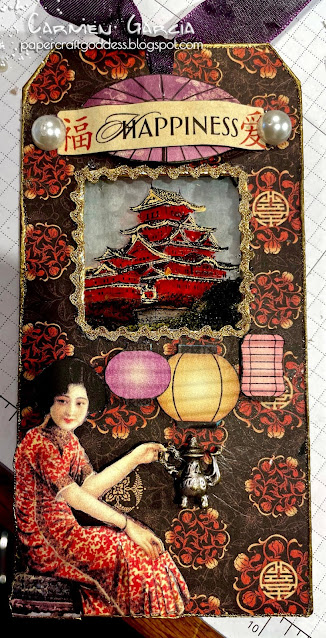 The one thing I like is how the dragon casts his shadow on the glass. I'd LOVE to say I planned it but... 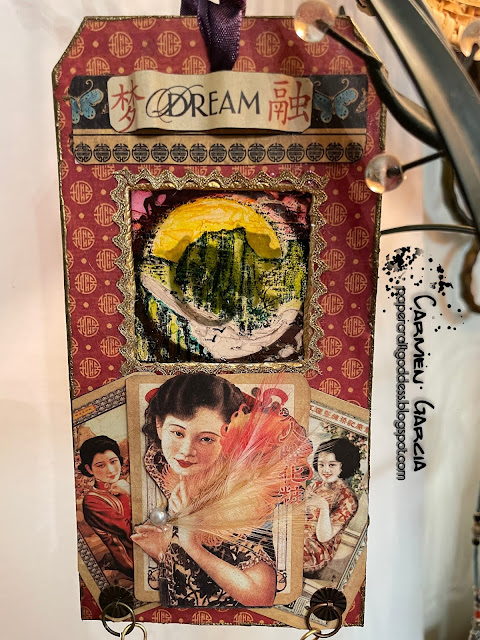 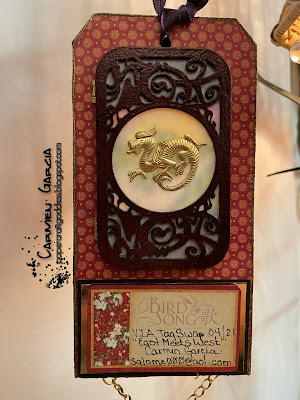 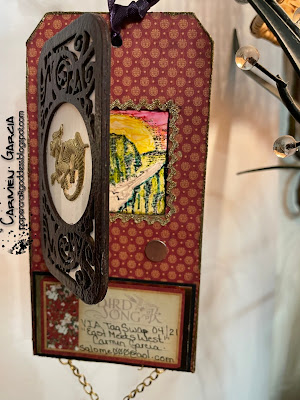 Oh, you thought this would be a cautionary tale of teens that drink?

That is NOT what I said.

How the tables have turned.

We are now being given a taste of our own medicine.

Our chickens have come home to roost.

And I just realized that not only am I out of idioms, I actually dislike them in general.

Because what I'm trying to say is that in my last post (a mere seven months ago)  I celebrated my mother's 75th birthday on October 2nd. We had a marvelous time!

One of the things I enjoyed immensely were these cocktails named "Pretty in Pink". I think. Anyway. I had 2. And I mean TWO.

I thoroughly enjoyed talking and laughing with Aunts, Uncles and family friends. I'd barely had time to eat when I noticed and uncomfortable feeling in the chest area. It was a burning sensation; as if lasers were boring into me.

If you're a parent, you'll know that feeling. Especially if you're a parent who made the mistake the decision to attend a function with any walking mass of teenaged y or xy chromosomes, who secretes hormones and a specific and precise type of pheromones that draw other teenagers with mobile phones and poor attitudes to them within seconds. They are also part of a roving gang who espouse human rights, equality and kindness but feel "old people" (read: anyone over 21) are a sheer waste of natural resources and having to waste a night hanging with the geriatrics is

But to spend two hours with them is simply an unprecedented, irrational and unacceptable amount of time to hang out with a bunch of old people for the price of steak nachos and the chance to sneak sips of mixed drinks when no one was watching. Unfortunately for him, everyone was watching. Only because we couldn't stand up without putting on a *^&^^&* mask, so we stayed put.

So, when he finally threatened me with unflattering "insta" photos (some trendy photo app that all the kids are into this week), I grabbed my bag and walked to the car.

Perhaps "walked" is a bit of a stretch.

In truth, I grabbed the kid's arm and said "Look, Kid. Mommy is feeling a little woozy right now. I think I've overdone it and am exhausted."

"Mommy is not hammered." I said, trying to follow at least one of the lines in the concrete. Maybe a couple, as long as they were sort of close together. It wasn't the time for being picky. "I only had 2 pink drinks!"

"Sure, mom. But weren't all of you tasting each other's drinks? You'd lean over to say 'hi' to each other, then you'd be swapping drinks. You probably had the equivalent of 4 drinks. At least." he mused.

"Two things," I said, as I gave up trying to walk one of the now hundreds of lines that appeared on the concrete and just let the kid propel me toward the car. "First, you're driving. Secondly, you keep that speculation to yourself or the insurance will mysteriously lapse on your car and your girlfriend will start dating your best friend and say the devil made her do it."

"The devil?" he said, cocking an eyebrow at me.

"That would be me. Metaphorically." I said.

Next time, I'm calling Uber. It may cost more, but the judgement factor is way lower.

Of course, the chances of me ending up on "insta" are probably the same.

Thanks again to Laura at artfullymusing.blogspot.com for the fantastic tutorial (which I've used too many times to count!) on using glass in ATC's and tags, along with how to stamp and color it. HERE is the tutorial.

Brass Dragon and Lantern and Japanese Lacquer Embossing Powder (Have NO idea where I got these things...sorry)

Posted by papercraftgoddess at 5:52 PM