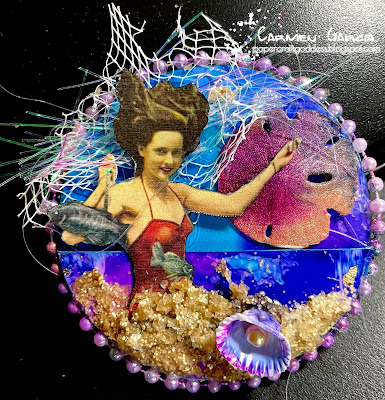 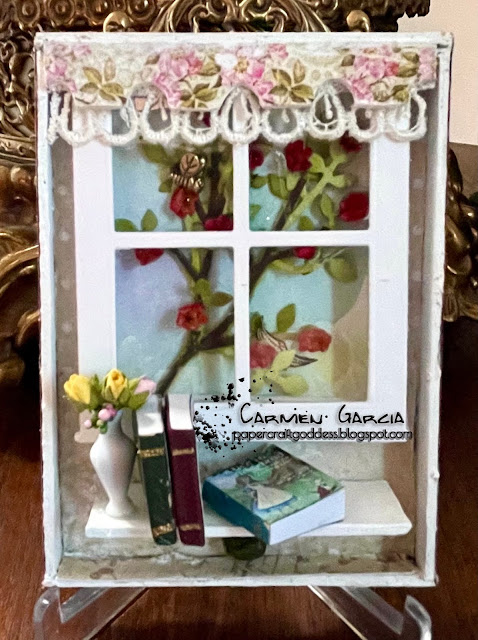 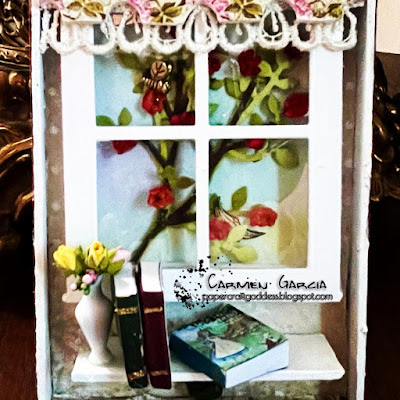 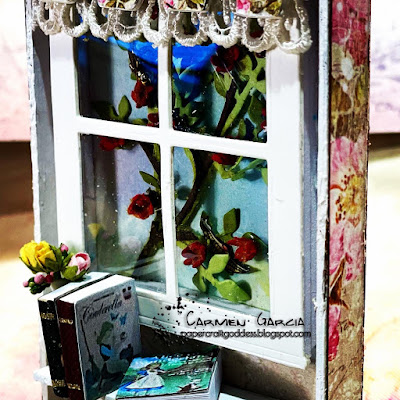 NOW...let's talk the 4th of July.
(I reprint this story every year. The original can be found here on my blog. The original post contains quite a bit more of my unmedicated rambling  childhood reminiscences, so if you can make it, great. If not, I completely understand. I tend to wear people out.)
The 4th of July. As a holiday, it's incredibly important to me. But it's also my least favorite. That's right....I said it. Out loud. Sort of. On this blog. Where I can always claim it was hacked, if necessary, by anti-4th of July progressives, who are Communists. Or al quida. Wait...it is al queda? HOW AM I SUPPOSED TO KNOW HOW TO SPELL THE NAME OF A TERRORIST ORGANIZATION?
Look, I am properly reverent, appreciative and proud of this day. I honestly am. I'm an ardent supporter of our troops throughout the year and am a consistent donor to various troop-related charities, such as Wounded Warrior Project  and Fisher House-both of which are very dear to me. (links provided in case you want to throw a little money love their way!!)
My attitude has to do with my actual dislike of the month, itself. July. It's miserably hot and I can't see the proverbial summer "light at the end of the tunnel".

"Light" meaning "School", mind you. There's also too much humidity and too many kids for me to properly appreciate what this day should represent. Besides, as far as commercialized holidays go, I find this one the most expensive. Not merely in terms of money, but also in terms of my mental health.
The insanity begins the instant July 1st comes around. That's when the Marital Unit, along with the three Y-chromosomes, break out a map and begin planning their smuggling route for all the illegal fireworks they plan to buy, just across the state line.
You see, North Carolina has pretty strident laws regarding the regulation of fireworks. This results in very limited choices of "toys" containing gunpowder. Meaning, the 4th is great here if your expectations don't exceed 40 boxes of Snap and Pops, or those infinitesimal sparklers that cause 3rd degree burns if the stick touches you after the sparks stop. Never mind what heinous injuries they can cause if you forget where, in the dark, you've stuck the things in the ground and step on those &%^$ suckers.
Any self-respecting North Carolinian knows that if you want decent fireworks, you have no choice but to make the trek to the state that gives us everything from the historic Charleston Battery to the flying roaches they have the audacity to call "Palmetto Bugs". That's right; I'm talking about South Carolina.
(Author's Note: I'm not entirely sure that the flying roaches are a byproduct of South Carolina. But at 2-4 inches and solid enough that you can hear them scurrying across hard surfaces, well, all I know is that someone has to take the blame.)
So, the Marital Unit et al spend hours pouring over every highway route to the border and speculating at which major road arteries the North Carolina Highway Patrol will be stationed; presumably to search any and all vehicles for this highly illegal exploding contraband. The discussion then turns to whether they should modify one of our cars to hide the ill-gotten gains. Naturally, it's MY car they want to modify. Even though, they agree, they are sure to be on the watch list of the ATF, FBI (and any other lettered agency unlucky enough to be dragged into this post) so it will be difficult for them to hide. As if a beat-up Volvo station wagon would be lucky enough to generate an APB for suspected smuggling of Black Cats and Bottle Rockets.
Not to mention what my house full of Y-chromosomes MEAN when they start talking "modifications". Dummy gas tanks and tire wheel wells always lead the discussion. About the time they get to convertible conversions and nitrous oxide injectors, is when I step in and have to redirect the conversation. And by "redirect", I mean "threaten to Facebook every nudie baby pic I've kept secreted away for moments such as this, along with the Marital Unit's portrait at the tender age of 19, in which his then-girlfriend snapped him staring stoically off into the distance. Shirtless. With poufy hair.
At this point, having been forcefully reined in, they move to the next phase of the smuggling operation, in which they begin taking practice dry-runs using my car. This is fine by me because this normally entails a half-hour of taking corners hard enough to see if the the tires will make squealing noises. It also means leaving black tire marks in the parking lot of the local Wal-Mart in order to perfect spin-outs, doughnuts and the rest of the driving techniques the Unit acquired from watching The Grand Tour on Prime Video.
Thus, having assured themselves of their vehicular mastery, they move to the final-and most crucial-part of the whole project. This is where they each rehearse what they'll say to police if they're caught and taken into custody.

It's agreed that they will probably be interrogated separately, so they must have similar stories. They swear to never betray one another and make a pact that they'll never fall for the old 'Law & Order' trick of being told that one ratted out the others. This part is pretty harmless, although I DO have to stress they will NOT follow through with selling out the 8-year-old due to the fact he can't be prosecuted due to his age.
With everything in order, they get up early on July third and dress in solid black. This year will be the first that face masks are optional. The Unit confided the decision was heat-related, but I'm pretty sure it was due to the fact he hates messing up his pouf of hair.
Then, they'll pile in the car and swear to abstain from all food and drink (ostensibly negating the need to stop) and off they go, each sitting stiffly and staring straight ahead. They only talking in which they will indulge is out of the sides of their mouth and is merely to congratulate the other on how natural they look.
The drive is grueling; an hour and forty-five minutes on...well...the interstate. At 70 mph. Until they cross the state line into South Carolina, where there are fireworks stands every seven and a half feet until you hit the Georgia state line.
They'll drive past 7 or 8 of these tented retail establishments before stopping. They all agree this is smart because they're sure NC State Troopers will be watching for the smuggling novices who are idiot enough to stop at the first stand or two they encounter. At the 17th or 18th stand (or, about a mile into South Carolina) they'll load up the car with several hundred dollars worth of fireworks and begin their return home. It's slow-going for a bit because they're usually behind a bevy of NC State Patrol cars, who have ALSO loaded up with the same fireworks and are trying to get home to drop them off.

When mine arrive, they celebrate their successful mission by lighting all of the Black Snakes on the driveway, which serves as a yearly reminder for me to schedule a power wash. I do this immediately, all the while pondering why they're called Black Snakes when they actually look more like poop when all is said and done. I'm asking asking the question of how both snakes and poop would appeal to a bunch of boys. Then, having solved this conundrum, I feel stupid and go to bed.
The next day, July 4th, as the y-chromosomes are counting down to sunset, I shower and go ahead and get dressed. Past experience dictates that after sunset, when it's almost fully dark, I usually have about an hour or so before the single firecracker explosions become the sound of entire packs at once. Here, I make sure the keys and my purse are in reach and I have my iPad, phone and power cord in my tote bag. Then I sit down at the kitchen table, as I do every year, and ponder why I

Right around this time, the menfolk are so deaf from blowing up entire packs of  M-80's that when they decide it's more fun to hold Roman Candles and fire them at selected targets (mostly each other) no one can hear the yells of "Fore!" or whatever the safe word is these clowns have instituted. And since those things are little more than firecracker handguns, I'm off to the emergency room, once again.

Fortunately, our local hospital has instituted call-ahead reservations, so I only have to wait an hour or two to get my idiot seen instead of pulling the obligatory all-nighter's in the waiting room, as is the norm. When we get home, everyone else is watching TV, having put the rest of the fireworks away for fear my rage would be such I would shove bottle rockets in orifices that would make even South Carolina consider banning them. There, in the garage, the fireworks will join other fireworks from years past, waiting for either dry rot or a lightning strike to occur.
I hope this sheds a little light on why the 4th simply doesn't hold a dear place in the line-up of overly- commercialized holidays for me. At some point, we all have to take a step back and really think on the importance of this holiday. This should be a celebratory time, of course, but one that has more of an emphasis on giving thanks to the men and women who have fought for U, to include their families, who ALSO make their own sacrifices for this great nation. It's also a time to pay our respect to those who have made the ultimate sacrifices for our freedom.

I'll also insist the boys-including the one I stay married to (if only to punish him), stop the madness of this month. Granted, I swear to do this every year, but it's hard to get them to quiet down and focus, so that they can listen to these ideas. There's a sweet spot in which I can deliver this speech (usually between returning from the ER and when the painkillers kick in) where it'll have the most impact. Every year, I seem to miss it.

But at some point during all this, we will come together as a family and voice our appreciation. We will realize fireworks aren't needed (especially when we can go have a beer at a local Highway Patrolman's house and play around with their SC fireworks) and we can give this holiday the respectability it deserves. Only at that point, will we finally be able to celebrate the 4th in the way I feel it should be celebrated.

In the air conditioning.
Posted by papercraftgoddess at 8:47 PM