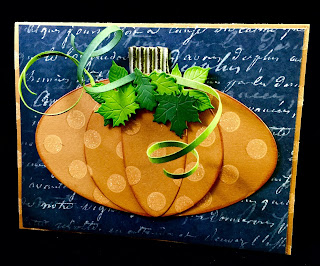 Let me start with the basics....

I'm REALLY late getting this Tea Party tickle out. But I have a great excuse. Really. One that ALL of you can understand and sympathize with.

Or, at least, that's what I'll tell myself.

You see, I'm one of the billions of people who take up weight loss trends the second they hit the market. Hey...you never know, right? I've drunk vinegar, grapefruit juice, taken supplements that made either jitterbug all over creation or sent me straight to the...ah....'powder room'. But I haven't left one stone unturned in my search for weight loss that allows me to eat anything I want while continuing to live my slothful existence.

I KNOW it's out there, somewhere.

When the Fitbit hit the market, I liked it instantly. It was sort of like jewelry, but trendy and it seemed like EVERYONE was sporting the things.

So, on to Ebay, where I purchased a 'beginner' Fitbit (the ones that only have little lights that light up...the more little lights, the better I'm doing. Can't get easier than that) and I had it charged and on my wrist the second it arrived.

NOTE: Somehow, when I wasn't paying attention, I actually LOST the argument for a nifty Tory Burch Fitbit bracelet, that fits perfectly over your Fitbit and dresses it up. Personally, I don't consider 200 bucks a great deal of money when it comes to weight loss, but my argument was effectively squashed by the husband, who said "Lose down to your goal weight and I'll buy it for you." I HATE WHEN HE DOES THAT!!!

Next, I installed the app on my phone and I was ready to lose weight. I entered my personal information and went to the next screen, where THIS popped up:

"Hi there! Let's go ahead and set your goals! Let's start with your steps. We'll go ahead and enter the recommended daily steps for optimum fitness."

I thought it was a digital error. Like it just threw on an extra zero or two, or something. I went to google to find the RIGHT number and was stunned to see that the number was, indeed, 10,000.

Ten thousand steps??? A DAY??? Who are YOU kidding, you little &*&*%^ piece of rubber filled with a 10 cent chip marked up to 89.99??? Don't think I won't track down the 8 year old Chinese kid who made this and educated him on the AMERICAN way of doing things.

Which is, AMERICANS do NOT expect to have to work THAT hard to lose weight. Period.

It took a bit to get over the initial shock, but I'm not anything if not stalwart...if only for a short time.

I woke up the next morning and made sure the Fitbit registered zero, then dragged myself out of bed to take the first of, what I hoped would be, 10,000 steps that day. For the record, just TYPING that last zero hurt.

After piddling around the house for an hour, I was at 100. This was disheartening, as I'd climbed the dang steps at LEAST 3 times, and marched in place while waiting for the cinnamon rolls to bake.

NOTE DOS: Cinnamon rolls should have NO effect on my weight with 10k steps coming down the pike, so don't judge.

It was about this time I realized that I would have to get out of the house if I hoped of even making HALF of that goal (which was forced upon me, mind you) so I headed for the barn.

When I arrived, I was told the barn manager was ill and several of us were needed to chip in and help. My job was to cull 3 horses from the herd in the field and bring them in for grooming. Naturally, the horses had decided to retire to the far end of the 30 acre pasture, but I gamely plodded along, thinking of each step bringing me closer to the goal. I'd brought 2 halters so that I could lead 2 and go back to bring the third. Unfortunately, this wasn't about to happen, as all 3 were mares who despised one another.

It took a solid HOUR to traverse that &%^%$ pasture to get those horses. Not to mention the extra time (and steps) it took to corner one recalcitrant mare. After explaining that good horses get to eat and bad ones become Purina Dog Chow, she reluctantly allowed me to halter her. She threw in a sharp nip for good measure, and we trudged back to the barn.

I intentionally didn't look at the Fitbit. I thought I'd read where the Fitbit would vibrate when you hit 10k steps, so I was on edge with every step, just waiting for that little chip to start vibrating 'Freedom'.

The day was passing quickly. I helped muck stalls, feed, then finally got my own horse tacked up for a short ride. By this time, I was getting strange looks because I was trying to double step, which looked like some awkward shuffle. But I didn't care...all I was waiting for was that stupid Fitbit to tell me I'd made it.

I stopped to pick up one kid on the way home and stopped at the grocery store for dinner. I also ran into Target for paper supplies, then got home in time to cook dinner and pick up the house. I helped the boys get their things ready for school the next morning, then showered and stumbled into the TV room where my husband (wisely) said nothing and didn't make eye contact. The ringing of my cell phone made me groan. I walked into the bedroom to grab it, when all of a sudden, I felt a buzzing on my wrist. Picking up my phone and going straight to the app, it said "Hooray! You met your goal of 10k steps! Now, get some sleep! You've got to do it all again tomorrow!"

I have to say that I'm really NOT disappointed by my Fitbit experience. In fact, I'm STILL using it and STILL making those 10k steps a day! In fact, now, I'm doing it in half the time! Granted, I made one, tiny adjustment, but I can't describe how it feels to see that step count soar!

Not to mention that the black wristband blends perfectly with the black leg of my mare's right, front foreleg.


Posted by papercraftgoddess at 5:17 PM