Tim's Tags July 2016 and a BONE to pick with SOMEONE 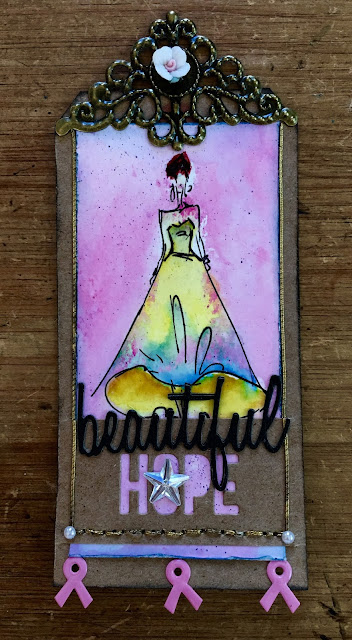 I WANTED to title this post "From my lips to God's "Man Brain" part that is constructed to tune out any female voice in the vicinity when it has reached maximum overload", but was encouraged, by my husband to adjust said title since, he said, I'd just gotten out of 6 days at the hospital and really didn't want to push it.

Then he rushed out and bought a Virgin Mary candle.

**PAM (pre-adderall moment)** Do you have any flipping idea how many prayer candles I have in my house, courtesy of my Hispanic, Catholic husband??? I mean, really....we have enough to provide luminaries for every danged driveway from here to the Vatican. Because, you see, what exactly do you DO with them when they're done? You can't just toss Jesus-or the Virgin Mary-into the trash. And trying to justify it by using the Recycling can doesn't cut it either. So, the only thing we can do is try to work them into our current decor (which is an eclectic mix of Asian, French and a mere touch of 2 chairs that are definitely Egyptian Revival) and it gets kind of hard when I've got a mack daddy Chinese ceramic horse on one end of the mantel and three headless Chinese female form pieces on the other end, and 27 garishly colored, half burned prayer candles shoved in between it all. I don't care WHO you are....ain't no way you're selling THAT as any kind of design motif. And since I'm throwing caution to the wind, can I just ask how REALLY effective a prayer candle can be if it's sold at the GROCERY STORE????

Anyway, yes...I was in the hospital for 6 days. A disc slipped and I went to Duke University, where I was promptly placed on a PDA (that thing where I can push the button every 8 minutes for pain relief in the form of Dilaudid.Which would've been AWESOME had I not been in any pain. And, by the way...they will NOT prescribe it to assist you in getting your children to the age of 18. I asked.)

But the pain? I can only ask you to imagine living for 6 days having to use a potty chair (WHEN you were able to sit up, which was about 30% of the time because of the nerve compression and spasms) and longing for a shower and just ONE night's sleep where I wasn't awaked every 2 and a half seconds by someone to take my vital signs, and then chide me for not sleeping.

On the positive side, I watched so many of those forensic shows back to back, that I now feel fairly confident I can either poison or murder pretty much anyone and get away with it. How's THAT for educational TV??

Well, at least I can probably thwack him in the head with it while wearing gloves. Then, I would take the candle WITH me, just in case of DNA evidence, then enter through the back employee door of Target to establish a camera alibi...

NOW, for Tim's Tags, and a little powwow with the man who redefined art and mixed media for the masses (and probably uses 100 dollar bill to light HIS prayer candles).

First of all, I took some watercolor paper, stamped and used markers to color. Then, I applied Micro Glaze to the parts I wanted to create a resist. I actually left a few parts of the dress unglazed so the pink background would run into the dress form.. I colored the hair red, as a nod to Dyan Reavley (from whom I purchase MANY products, but forget to mention a great deal since I'm focusing on Tim so much-her paint is to DIE FOR) and then, I tried to color the skin.

Dear Tim: Hi...my name is Carmen and I am not white...I am pretty much 'translucent'. However, like everyone else, I tend to paint my images skin color about the color of my skin. So, I'm checking out the very light tans and find a couple of possibilities. One is "OLD Paper". There's also an "ANTIQUE Linen" that's close. Or I could lighten up some "VINTAGE Photo" or "FRAYED Burlap" and then touch it up here and there with "AGED Mahogany".

Well, to be fair, I'm really not either. It's probably just the PTSD I've developed from being stared at by sacred figures and the ever present 'grocery store' aroma that runs anywhere from Rice-A-Roni (that's usually the Virgin Mary with the baby Jesus who has the bleeding heart) or the subtle scent of curry from the grown-up Jesus with the bleeding heart, and which I find a little..well...off putting. But I don't like curry anyway, so it really doesn't matter. I just make sure we stick to either all Mary or Baby Jesus brands.

Wait a second...where was I going with this ANYWAY???

Danged if I know. Let's go back to the tag.

I decided to overcome my fear of sewing and tried, once again, to sew SOMETHING without it looking ridiculous.

This would probably be a good time to have a talk about using metal thread from the 40's. I had a cool stash of it and tried to sew the bottom part. If I actually told you the words I used as I tried to SEW with this very heavy, metal thread, I would probably suffocate from prayer candle smoke. But, I managed it. And to cover up the terrible ends, I also used the metal thread on either side of the watercolor pic and the pearls, in hops the corners wouldn't show and frighten any of you.

At the end, there was a cool piece that fit the top and a porcelain rose for the center seemed to work. And three pink ribbon eyelets for the bottom.

I figured you already put together the theme of the tag. And the reason is, that while I was in a LOT of pain in the hospital, I did run into a couple of ladies in physical therapy, who were in the same pain, but filled with nothing but hope and positive energy. "Ya gotta have hope!" these beautiful women said.

Trust when I say this was the first and ONLY prayer candle I lit with all the right intentions.

And you know what? I really think HOPE would smell like that...don't you??
Posted by papercraftgoddess at 7:31 PM