The Juggle is Real...No matter WHAT age you may be... 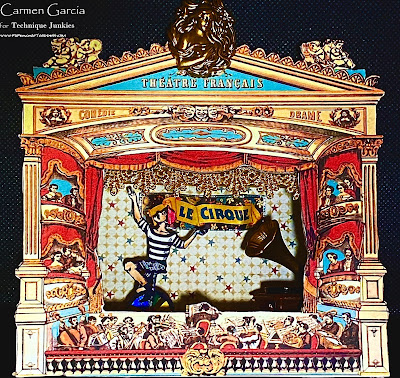 I HATE this picture...got to learn how to photo balance a dimensional piece...tips and tricks appreciated at the bottom! 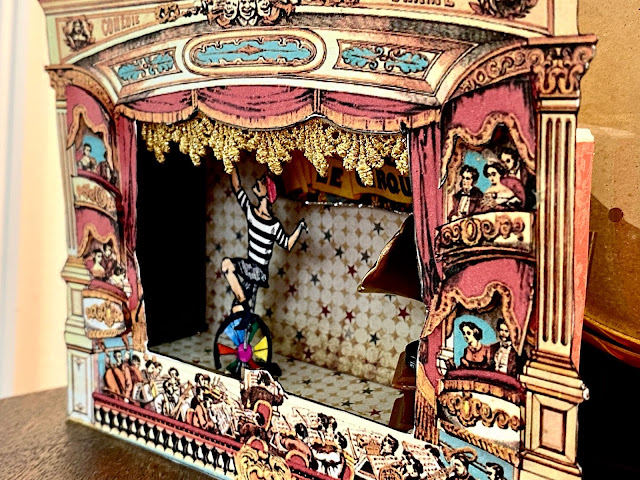 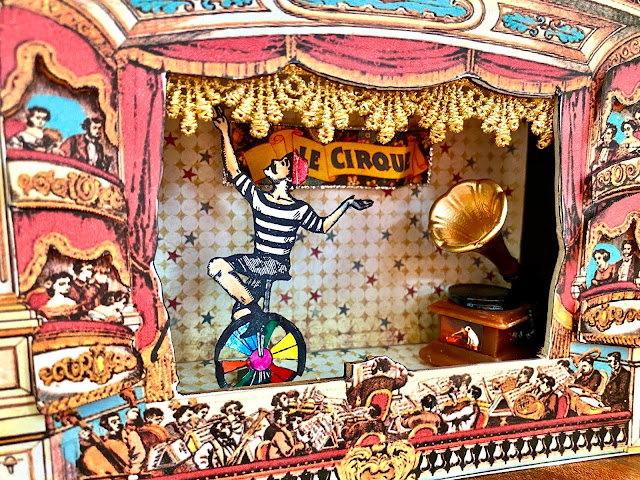 But you HAVE to understand the week I've had.

First, there came the news that school has been cancelled until 2030. Or some date so far in the future I despair of ever ridding my home of "hormonal y-chromosome ordure".

THEN, the wireless went down Thursday night and didn't reappear until an hour and a half ago. And due to my being a chronic procrastinator, I didn't have this post ready and now I'm late.

And then it was my birthday.

It all started with a call from my mother on Wednesday.

"Happy Birthday!", she sang. "I remember 52 years ago having my first child, a little girl, and you were so beautiful! I held you in my arms and for whatever reason, I decided I wasn't going to name you Rosie, as I'd planned all along. I would name you 'Carmen' After the beautiful opera of the same name".

"You said you named me after the, and I quote, 'cute little Puerto-Rican dancer from the Dick Clark show that could really move!'", I said.

She sighed, deeply, "I just loved how she danced!"

"Also," I reminded her, "you said when you went into labor and they doped you up on Scopolomine, all you remembered is the doctor holding up his hand and snapping each finger of his glove in some weird, creepy manner."

"Oh, I'm sure that was a hallucination." she said, thoughtfully.

"So you remember me being born?"

"Wellllll..." she tutted, "maybe not actually being born but I remember my beautiful girl!"

"Mother," I said, sternly, "there no pictures of me as an infant and, according to you, it was because I was born an entire month late, and due to the fact my head was lodged in your pelvis that extra month, I was born with a deformed, pointy head!"

"Dad said I was so weird looking that he showed me off as a future lab experiment that would make him a millionaire!"

"That was just the alcohol talking, dear. Don't believe everything you hear." she said, briskly. "But let's get to the good part! What do you want for your birthday?"

"Now wait!" She interjected. "Remember what happened last year! We went out shopping because you said you wanted clothes for your birthday. So, I bought you clothes and then you ruined it all by losing weight and not being able to wear them!"

"I wouldn’t call that ruined…", I said, slowly.

"The year before that you wanted Botox and you wore that out after two months!" she said, sternly.

I gritted my teeth. "I happen to have custody of your three grandsons. But if I turned them over to you to raise, I bet that Botox would last..." I began.

"But who's keeping count?" she broke in. "Let's just concentrate on the positive. What do you want this year?"

There was silence for a moment. Then she said, "But can you swim?".

Look people, I’m certainly not one-up on this parenting game. I wouldn’t even call myself accomplished. I think my claim to fame is that I have survived puberty of three boys and managed to keep my car dents to a minimum and my sanity, thanks to good medical care, excellent pharmaceuticals and virtual therapy.

I’m calling that a win.

But, what I can say is when it comes to things like rollerskating, bicycling or… I don’t know… swimming, I know exactly which child is independent in what medium and which child needs to be accompanied by myself, a guardian and back up EMT.

But when it comes to swimming… Swimming!  How do you not know if your kids can swim or not??

Obviously, she forgot the many checks she wrote to the YWCA in Greensboro, where I learned to swim. Not to mention all those summers I spent at camp Tapawingo, where I was a counselor and forced to swim with young children in the resident lake, which caused trauma I struggle with to this day.

Whether that trauma is confined to just swimming in lakes, being around hordes of small children or both, I’ll have to continue to work out in counseling.

But how does she forget those years of my strapping a Styrofoam bubble to my back and jumping off the diving board until I worked up my courage to dive? And all in front of her!

What about all those summers at the Moose Lodge Pool? Or down in Florida where I swam in those crystal clear waters… Until I saw a manta ray under my raft, a horse shoe crab stalking me and the movie Jaws… then it was over for me. But that’s not the point!

"Are you still there?" my mother asked

"Do you have a life jacket?"

"Well, I’ll pay for the kayak but I’m not sending the money until I see a picture of you in your life jacket! Don't think you can trick me… You’ll never know when I’ll show up down at the lake! And if you’re on that boat without a life jacket then that’s it… no more kayaking for you..

Just my luck. My mother doesn’t remember whether or not I can swim but she sure remembers how to ground me
Posted by papercraftgoddess at 11:16 AM