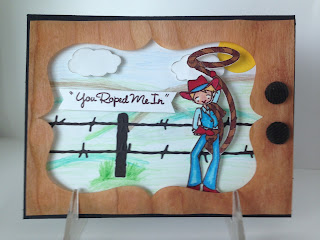 It's true...there's a dark side to crafting. I know, I know...you had NO idea. We, card makers, are especially guilty of harboring secret drives to play 'God'. We alter realities at the drop of a hat and without remorse. We are arrogant; WE will show YOU how things are to be done and how to view it. "So, you think this sunflower diecut should be used for a card titled 'Thinking of You'? I'll make it into a sympathy card before you can blink! Mess with me and I may even fussy cut the doggone thing and use it as random blobs in an abstract, mixed media work! What do you think of that, homie?"

Now, you're probably saying, "THANK you for daring to come forward and shed light on the dirty, little secrets of papercrafting! Thank the Lord there are people like YOU who refuse to be a part of such a vile group and courageously expose them for the pond scum they are!" To that, however, I must say stop. Please.

Why? Because I am guilty, too.

That's right. I have fallen into the abyss and want to share my story so others will not be tempted to follow the dark path.

The image above was used in the MFT weekly sketch. I'm desperate to win the 20 dollars up for grabs and was determined to do so. I created the adorable 'TV Show' above, using MFT stamps and dies.

As I was putting the stamps back into the package, I noticed the back said 'CowBOY'. I was shocked! It couldn't be! I'd made her lovely! Do you know how long it took me to color that image with my Copics? Do you think that color of red comes naturally? I even matched the lipstick...that's right...LIPSTICK to the accessories!

Granted, this isn't a terrible thing in itself. I mistook the image and that happens occasionally. But it's what I did next that sealed my guilt. I thought about how much time and effort the project had already taken and how much more it would take to actually redo it. Being inherently lazy, there's no way I'm going to redo something that took me too long to do the first time, so with no guilt or fear of recrimination, I committed an unspeakable act.

I performed an unauthorized sex change on an unwilling...uh...thing...no, that's insensitive...uh...image.

Anyway, my feeling was that those who knew I was wrong wouldn't say anything for fear their OWN sins would be exposed. The people who DIDN'T know...well...they just wouldn't know! To alleviate the guilt that threatened to consume me, I justified my actions by saying, "He really IS too pretty to be an effective Cowboy. He looks great in red lipstick and is too curvy; maybe it's not me that's really to blame. Maybe it's just time he was honest with himself and the rest of the wrangling crew by admitting that not only does he dislike sleeping on the ground and the disgusting smell of cows, but that his rope and spurs secretly excite him for reasons having nothing to do with farm animals."

So went my justification. Until today. Today, the madness stops. I want to admit my own seduction by the dark side of papercrafting and promise to try to stay in the light: Where sunflowers are sunflowers and cowboys are..well..effeminate cowboys, if that's what they think they are and want to be. Or something like that. Hopefully, that sounds more profound than it looks.


Posted by papercraftgoddess at 9:08 AM