Dear Lord, thank you for not letting me be dead. 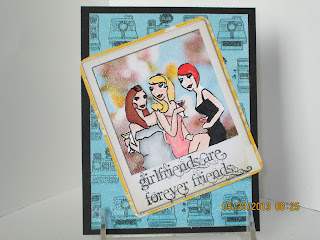 It all started with a dream. I believed, as did my BFF Melinda, that if we got up enough speed, we could run my bicycle into a low hanging chain and snap it in two.

Melinda was riding tandem that day; her skinny frame didn't weigh much, nor did it take up much room on the back of my banana seat.  My somewhat chubby body enjoyed the premium in space and balance and we were determined to snap. that. chain.

The chain was swinging lazily, about knee-high, across the driveway of the neighborhood's meanest man. I think his name was Mr. White and, along with being stuck with the much cliched nom de' plume, he was a loner and the times he did notice you, he was always yelling. But on that sunny, fall day, he was nowhere to be seen and we decided that chain would provide the perfect test to prove our strength, courage and superiority.

I told Melinda to hold on-it was time to go. She locked her arms around my waist and I began pedaling as fast as I could. We flew down the road. There wasn't a doubt in either mind that the chain was toast.

It's too bad, really, that Beginner Physics isn't taught in 1st grade. I feel that if it were, many boys and girls would be spared the scars that would follow them into adulthood and have to be lasered off or tattooed over in their 20's. I know that had I had a mere basic grasp of Physics, I would not have tried to run, full-speed, into any stationary object. Ever. Not then, not now.

As it were, I raced down that road completely bereft of the knowledge that could have saved me a handful of painful days and nights. We hit the chain, Melinda and I, but instead of snapping, it flew up the front of my bike and clotheslined the both of us. We lay in the road, stunned, as the chain swung wildly (intact) and my wrecked bike's wheel spun lazily. Then, as if on cue, we both began crying.

My cries were guttural. Think of the wine stomping girl on TV who fell and you'll get a good idea of what I sounded like that day. Melinda, on the other hand, began screaming. Between the screams, she talked to the Lord. Most of it was babble but I had no trouble making out one thing she kept saying every few seconds; "Dear Lord, thank you for not letting me be dead. Thank you! aheeeeeeeeah **babble, babble** Dear Lord..." you get the drift.

After repeated bronchitis attacks over the past several months that have left me physically spent, I finally woke up today and felt like I was my old self. I couldn't believe how alive I felt...how cheerfully alive and ready to face the day. Out of nowhere, I looked up and said, "Dear Lord, I would appreciate it if you could pay a little more attention and put a little more effort into my continued good health."

I think I may just go looking for a chain, or two.