Impression Obsession Challenge I {HEART} You! 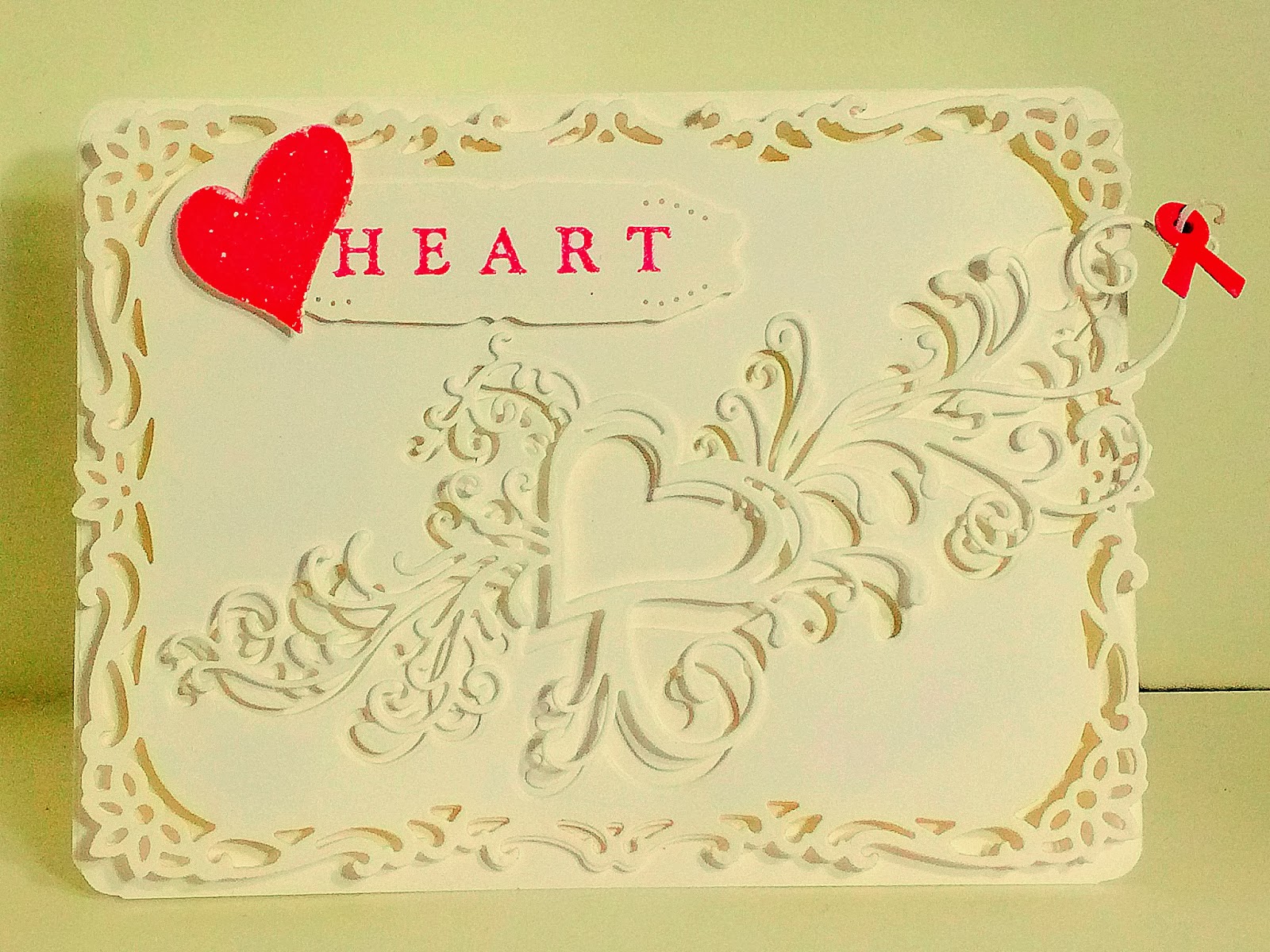 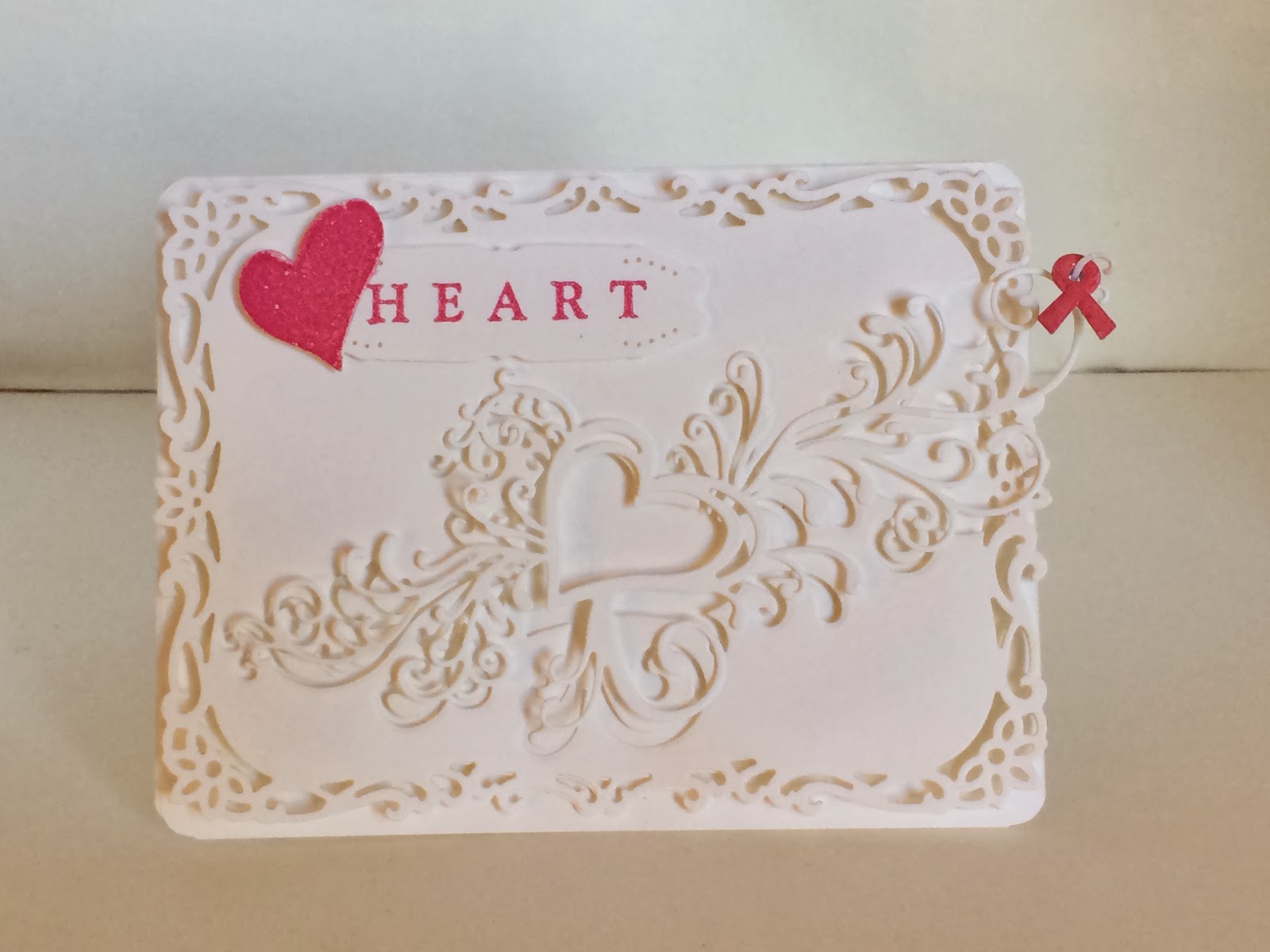 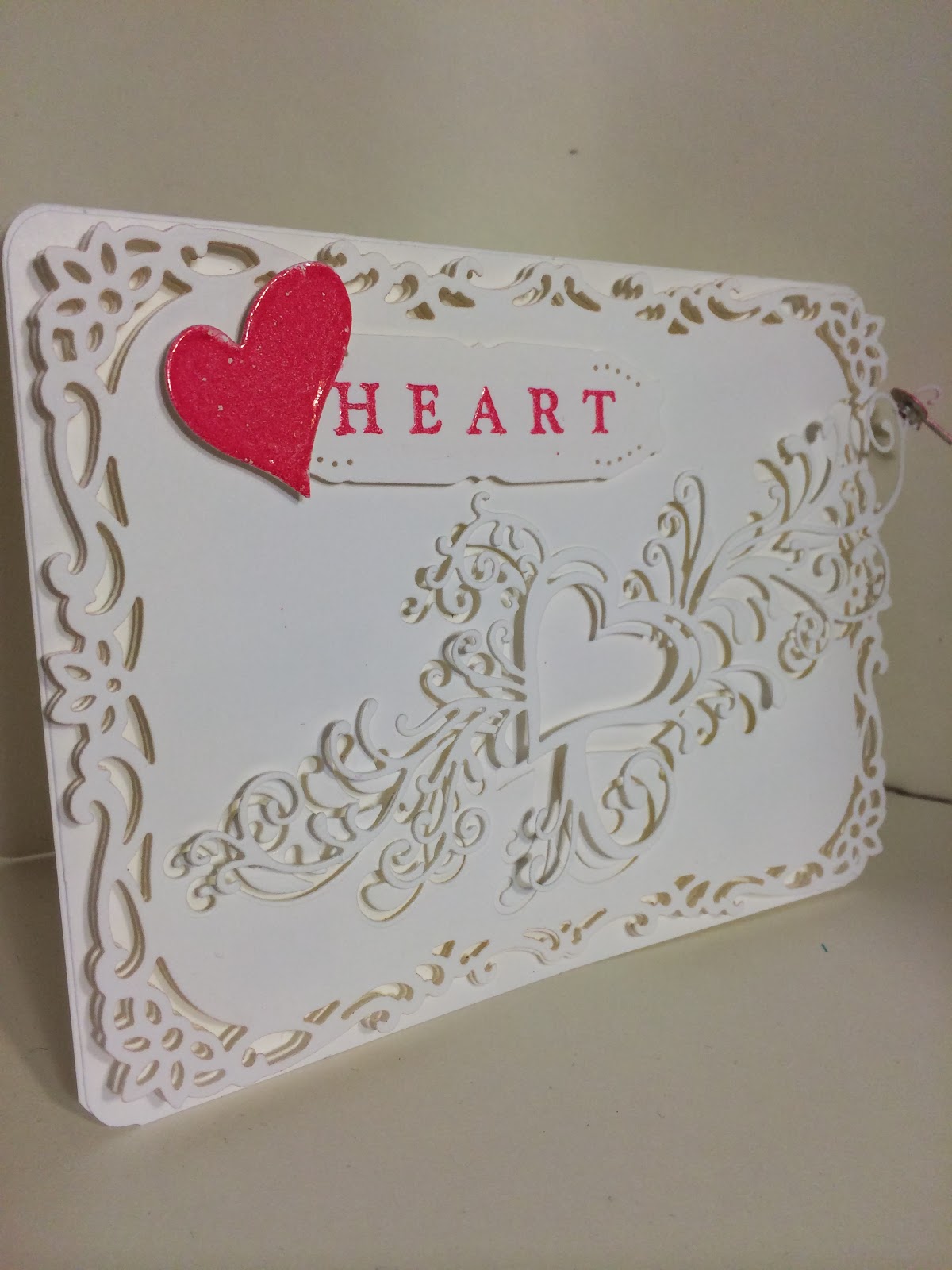 I began by playing around...literally! I fell in love with the IO Heart Flourish die and ran it through my Big Shot just to see what it looked like. Of course, it was gorgeous! But so was the cut out! So, I took the paper and ran it through with Spellbinders rectangle. The die is large and it cut through the right side, so I cut a second Spellbinders frame to hide that part as best I could. Then, I took the die cut and mounted it just off its cutout to add dimension. I used mounting tape to mount both frames and the heart and sentiment, I also used rolled glue dots and attached them to the die cut to add even more dimension. I took the heart that was cut from the middle and embossed it using a hot pink. Here was the interesting part...I didn't have an IO stamp that would fit!!! They were too big or didn't fit, etc. I noticed my DK Designs rubber stamp with a quote from Helen Keller, saying that the most beautiful things can't be touched, the must be felt with the heart. I LOVED the way the word "Heart" looked, so I used VersaMark on the word heart and cleaned off the words around it. I stamped and embossed it and used a Spellbinders die to cut it out and mount it.. Lastly, I found one of my Breast Cancer ribbon brad and hung it on the end of the Impression Obsession flourish.


The Impression Obsession Challenge this week was something I was originally going to skip. Nothing personal, I was just absorbed in several other projects and didn't think I'd have the time. Let's face it...when you have a 7-year-old high-functioning autistic kid, who is known to every police officer in the two small towns my house straddles, finishing ANYTHING becomes a big deal.

Today was 'hugging' day at the grocery store. That's when the Kid decides he's going to hug EVERYONE in sight.

"How cute!", you say, wondering how that can be all bad. In answer to your unspoken question, perhaps we should give an idea of HOW the Kid goes about hugging.

Imagine you're pondering which flank steak piece you want to purchase so that you can prepare, oh, stir fry or something. As you're reaching for that steak, a 70 pound 7-year-old throws his arms around you screaming "You're adorable," which you probably didn't hear because the momentum put you headfirst into the entire meat display.

As the Kid is being dragged off you and you begin to hear a panicked voice apologizing and explaining how the Kid is autistic and blah, blah, blah. You say it's alright-and it's not really because now you're embarrassed because there's a crowd of people wanting to hug the kid and thinking it's adorable and you're just wondering how to get the obvious impression of flank steak on your forehead, off for good.


Posted by papercraftgoddess at 2:27 AM