I swear...I HAVE been working!! 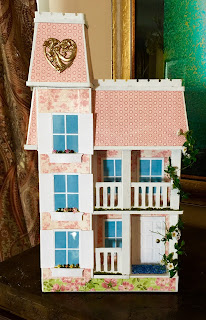 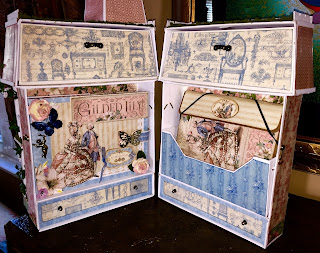 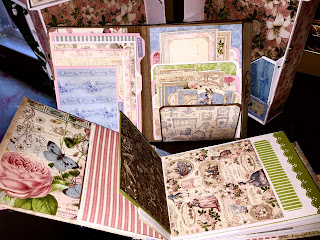 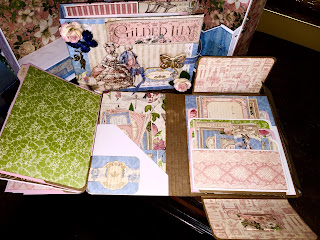 I want to start by saying that this was absolutely the MOST involved project I have EVER done in my entire life.

First of all, let me give credit where credit is due...

This is from Kathy Orta. I purchased the file several months ago because I wanted to make it
for my sister for her birthday. The house, itself, wasn't that bad. What nearly did me in were the (&*(&*(&* albums!!!!

I made the one photo album by hand...there are 6 pages and each page has more pockets and fold-outs than I've ever seen in ALL my years of doing this. The other is the Tim Holtz small portfolio and between the two, it took me THREE DAYS.

At the end of all this, I didn't want to see another piece of chipboard in my life. For ANY reason.

But, my sister seemed truly delighted with it and I was so thrilled to get it OUT of my craft room, that it's sort of like having a baby....you swear you'll never do it again but about a year later, you lose your mind and develop amnesia and find yourself saying really stupid things like "it wasn't THAT bad", even though you just had the restraining order dropped by the nurse who refused to get the epidural going in a timely manner.

Anyway...Kathy has some very cool projects...many that aren't as involved. Find this and other projects at paperphenomenon.com

Posted by papercraftgoddess at 12:17 PM