A Rainbow Pony for Casey 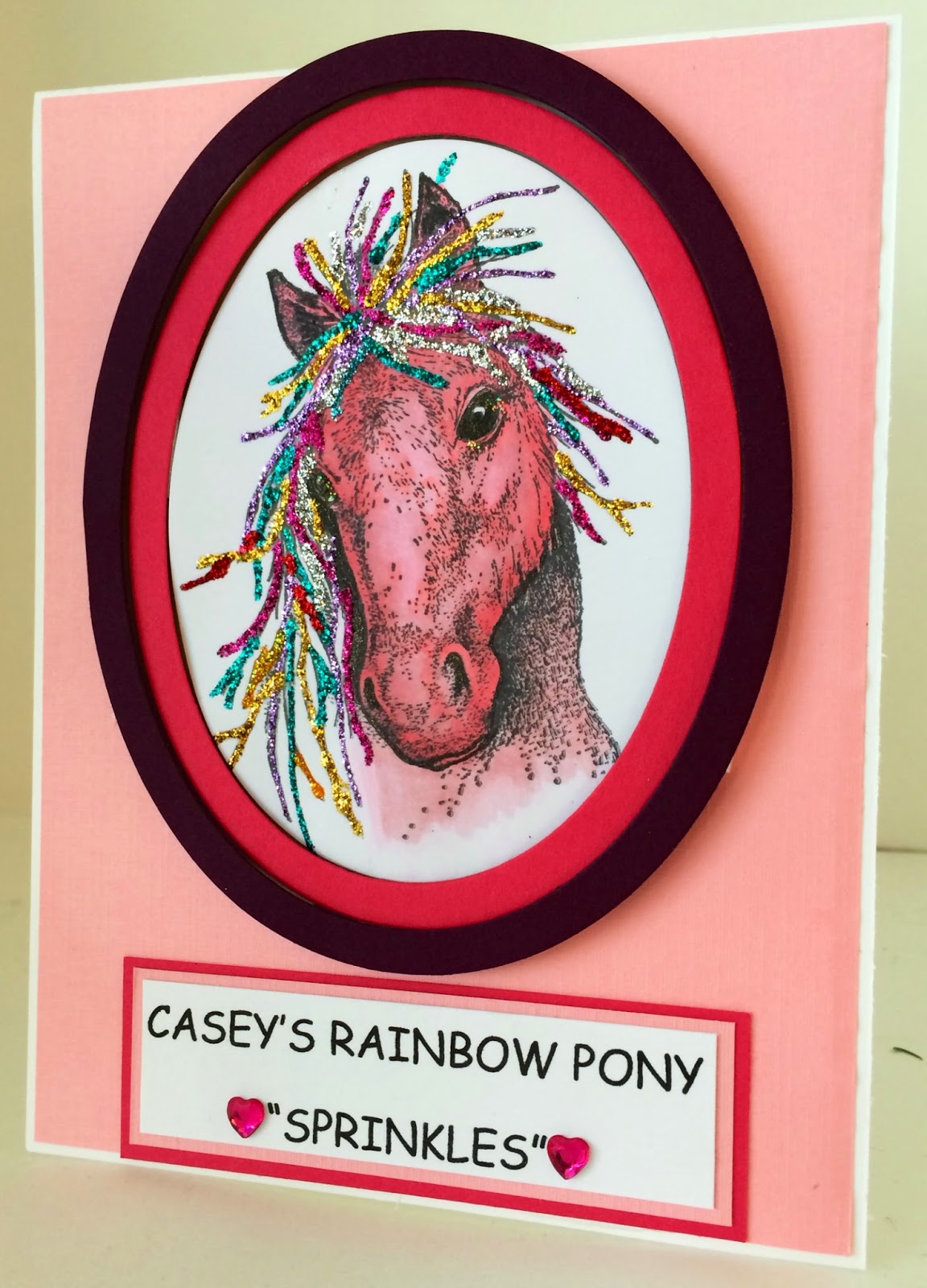 This week, we're heading to New Zealand to brighten up the day of a little girl named Casey. Casey LOVES Rainbow Ponies (so do I! What a coincidence!) along with My Little Pony, so with that in mind, I allowed myself to indulge in a little whimsy. Which, if interpreted, means I had an excuse to whip out the stickles and use enough of then to cause a national shortage.

But hey!!! SHE WANTED A RAINBOW PONY. SHE IS ALSO 3, WHICH MEANS SHE LIKES PINK AND SPARKLES. SO, YOU TELL ME WHAT TO DO, GENIUS!

Ooops....sorry....got a little defensive there.

I adore doing cards like this. I grew up a tomboy, but then grew into a girlie girl at 40. But I've always been a child at heart. Even my ex-husbands have been known to say that! In a sense. Instead of 'childlike', they actually used the word 'immature'. Meh...semantics.

I had been looking for a reason to order this stamp. I originally saw it here http://www.splitcoaststampers.com/ga...&ppuser=137985
The fabulous Julie made it and I couldn't stop thinking about how much I loved it!

But ordering stamps is getting harder and harder. Not due to lack of money...I'm always broke! That NEVER stopped me! It's actually due to my husband being a lot more aggressive in analyzing our bank acct expenditures. Where it used to be easy to convince him that 'Memory Box' was an online photo storage cloud subscription and that Impression Obsession was a site for job seekers improving their interview skills, it's getting harder and harder to throw him off track.

But until he sits me down and says 'No more' (highly unlikely) or shuts off my credit cards (likely) I'll just keep on working on using a little more self-restraint and resisting impulse buying.


Posted by papercraftgoddess at 6:43 PM