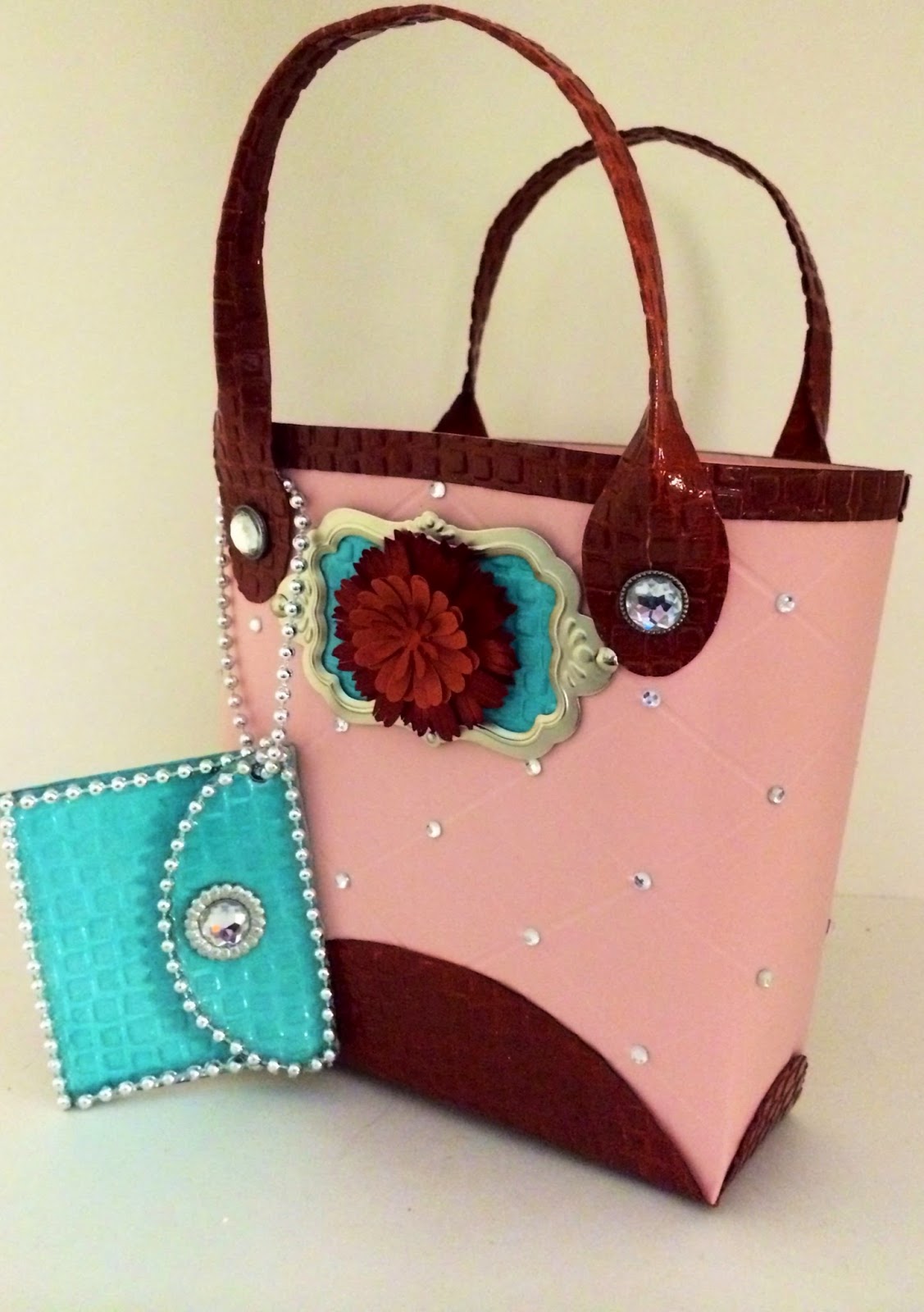 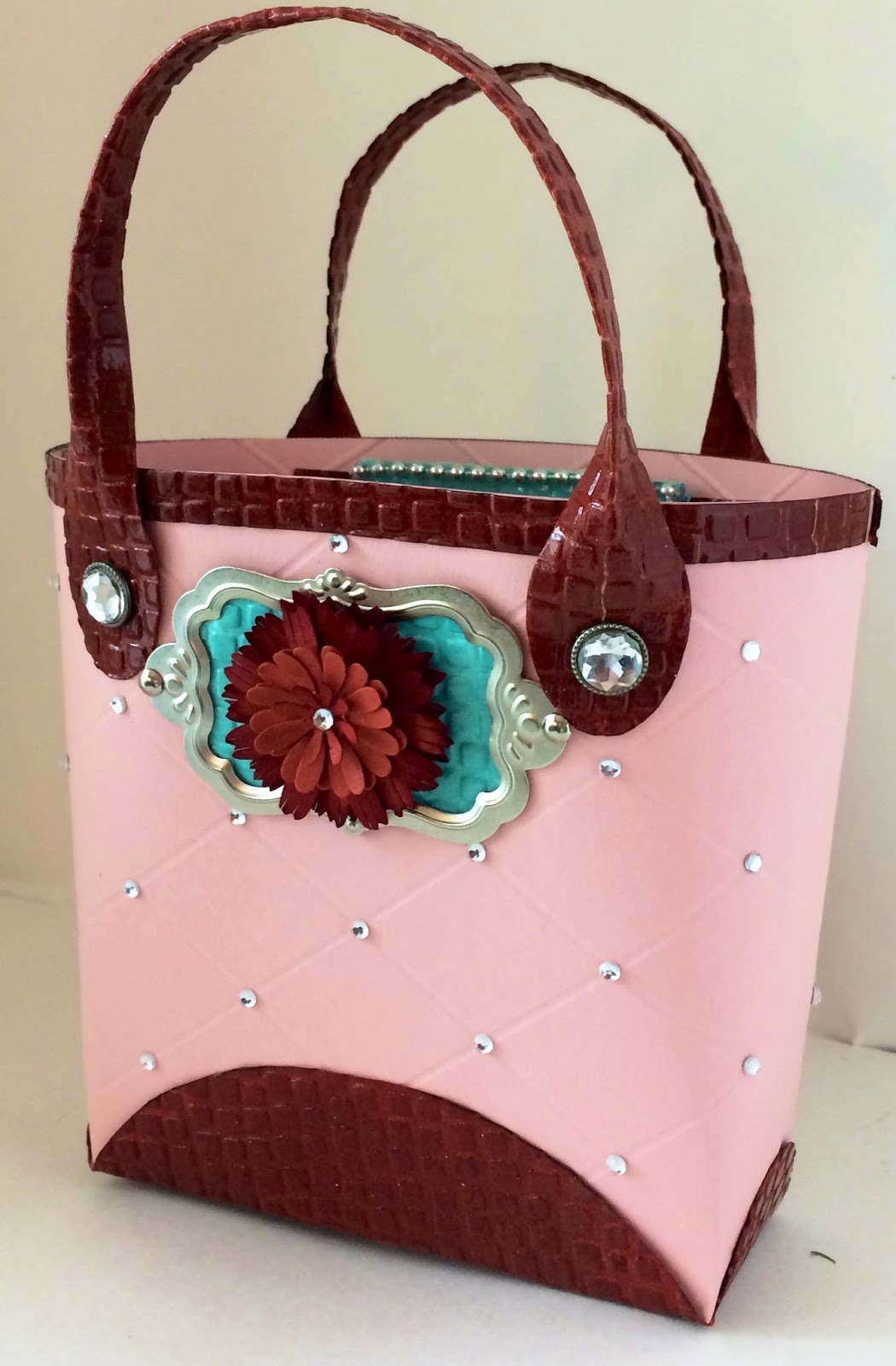 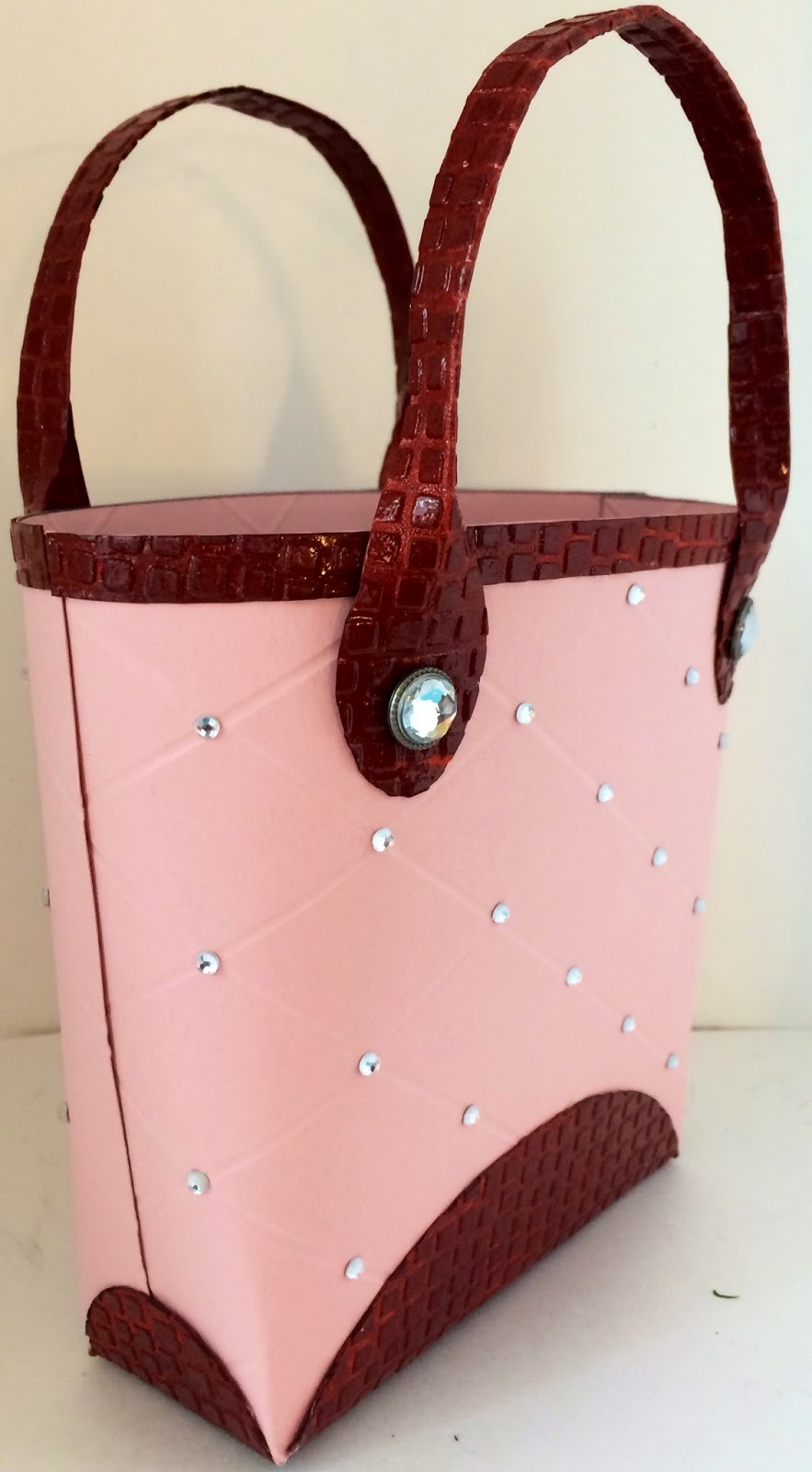 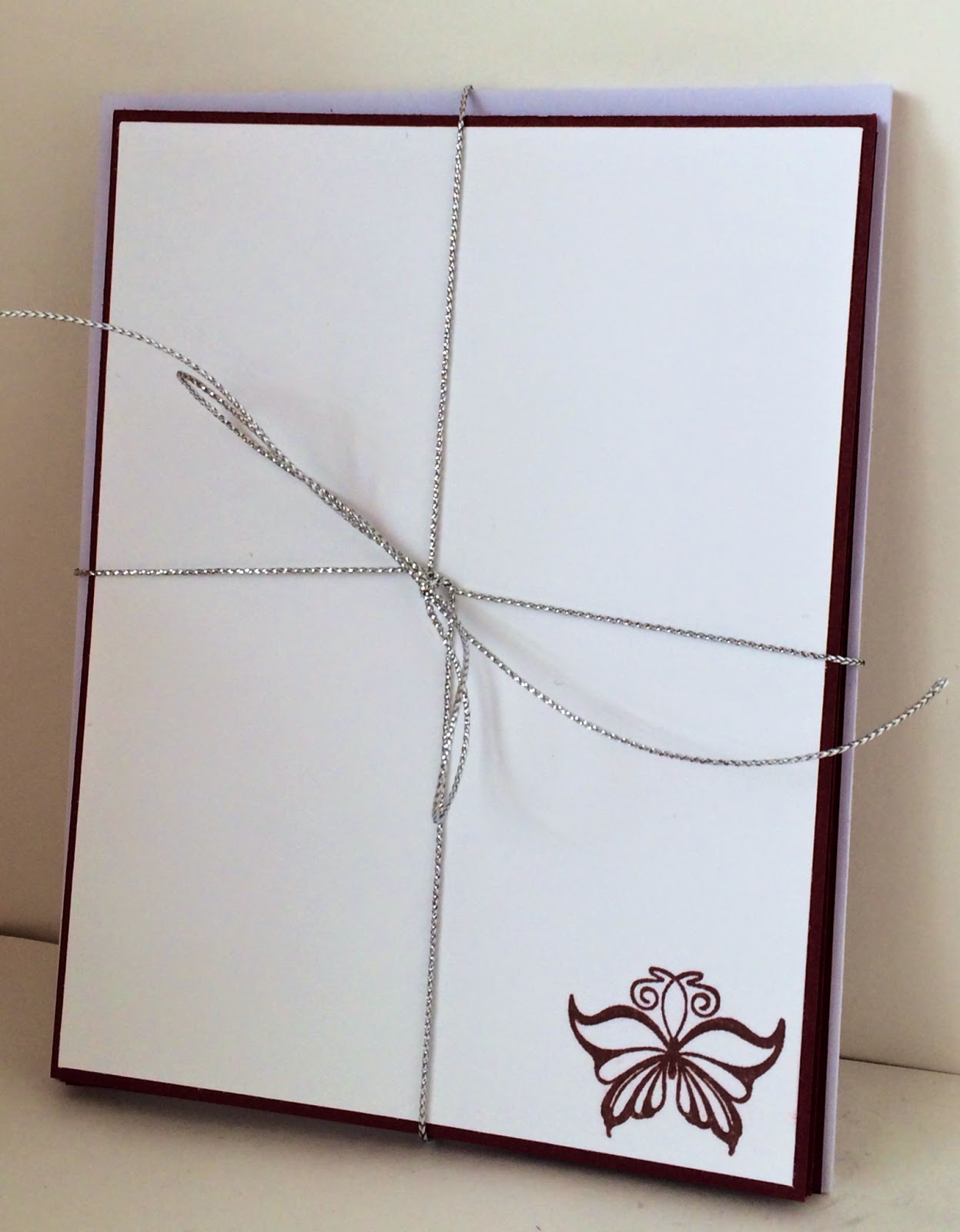 (Note card set of 6 included in the purse)

I have to start by saying that this is probably the ONLY thing that hasn't blown up in my face this week. I found this little purse template (to hold note cards or other gifts) here http://www.creationsbyar.com/HAUTE-TOTE_p_8.html and thought I could make something work with these colors.

I scored the diamond quilt pattern on my SU! scoring thingie. What I think made the biggest different was using my tiny mosaic EF (that I LITERALLY had to order from England...on ebay!) on the handles and bottom, then using clear embossing powder. It gives the appearance of leather! I had an SU! frame and punched the pool party for the front embellishment and also did the leather effect. The flower is technically a Bachelor Button, but I punched all of it in Cajun Craze and used the same ink to give it color variation. The 'coin purse' template is also included and can be made to actually hold something.

Trust me when I say, I NEEDED this to work. As I said before, all of these little things kept going wrong. A sick kid who had to be picked up, making me miss an appt, rain, more rain (which kept the kids indoors this weekend, as well as make my hair transition from spiral curly into a full-on Afro) and other annoying things.

But the last straw was when my Peerless Watercolors arrived 2 days ago.

I was delighted, to say the least. Even though they were really just a bunch of old-looking rectangles, I'd heard EVERYONE rave about how splendid they were and I'd been DYING to get some!! It had taken several weeks of embezzling from the grocery budget, so my expectation were over the top. The first thing I did was begin arranging them in a portfolio. Granted, the colors looked dull, but I knew they would explode when I got them on paper. Imagine my surprise when I barely got any color and the the piece holding the color began to pill up!!! The colors were terrible...weak and not vibrant. I was devastated.

I wrote to the place from where I purchased the Peerless and explained my situation. I even included a short video, showing what was happening as I tried to pick up color-in vain.

This morning, I received a response via email. I thought they would either offer me a refund or exchange...I would've bet they wanted me to ship mine back since they were obviously defective!

I opened the email and here's what it said:

"HI Carmen,
You are using the wrong side of the watercolors. You need to flip the squares over, and use the side the has the pigments on it. The pigmented side doesn’t reflect the color, so it may look a little funny, but that is where all the color is, and why you are having such poor results."

To be fair, you'd think that the color would be on the side of, well, the COLOR. But let me be your cautionary tale (for the thousandth time) regarding your Peerless. ;)

Despite everything, I really felt this was a great color challenge...don't you agree??? I included more pics in my gallery. Once again...ty for asking me to be a guest designer!! I'm having a BLAST!


Posted by papercraftgoddess at 1:05 PM