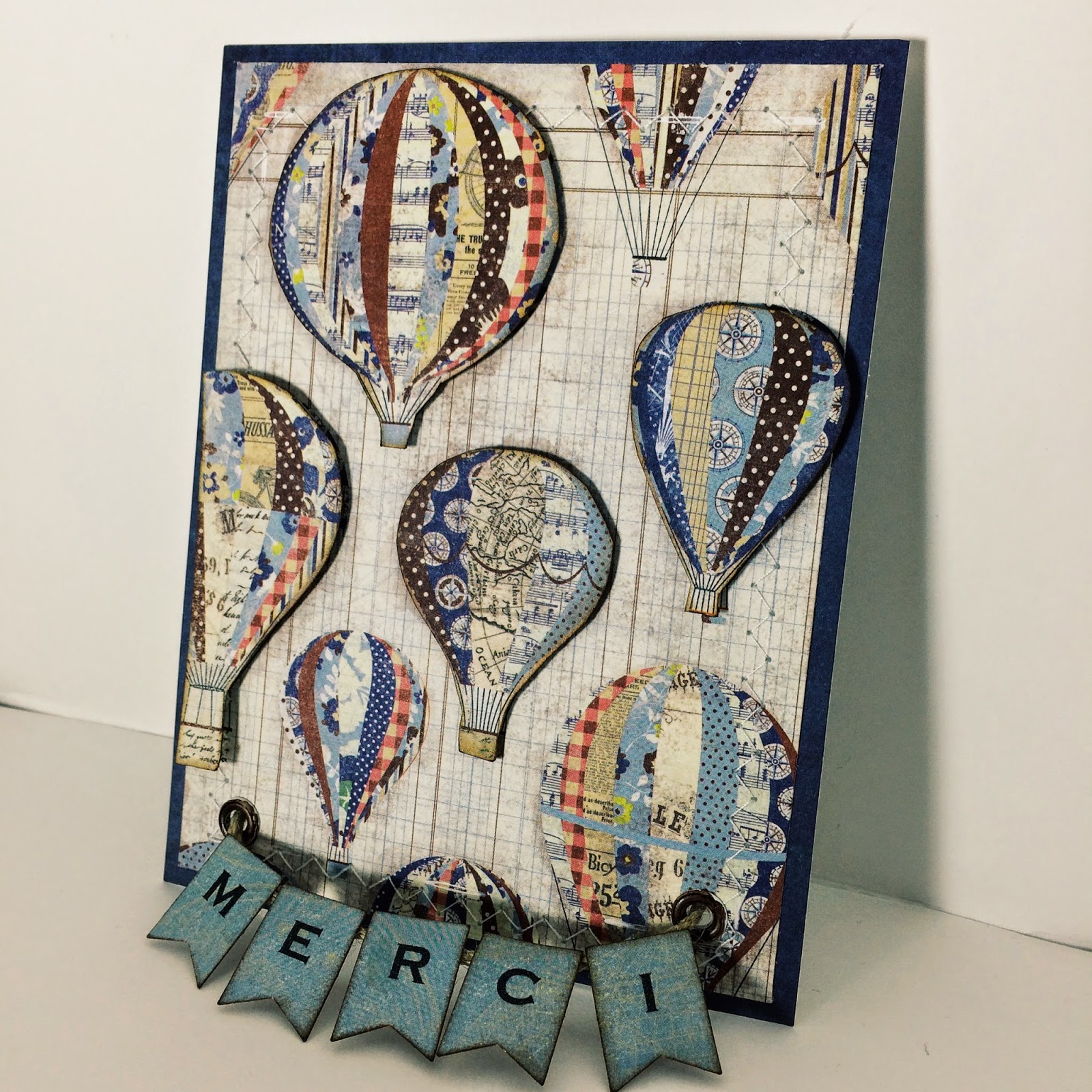 When it comes to decorating styles, my mother loves the French Country style. Mine is more 'eclectic'. Which is a nice way of saying "cast-off and garage sale chic". Any of you who have more than one Y Chromosome running around in your house, probably have the same decorating style. Boys can make any area resemble a war zone in mere minutes. One day, I may develop a style, but only on that day when the last one turns 18 and I change the alarm code for the last time, will I be able to figure it out.

Today's inspiration challenge is 'Country Curtains' and I genuinely like the website. I loved the seaside lines and toile, but I wanted to push myself out of those comfort zones and work with patterns I didn't really care for. I picked up this 6x6 paper pad at Hobby Lobby a year ago. It was half-price and, comfort zone notwithstanding, I ain't turning down half-price!! It's the only one of its kind in my craftroom, and has never been used til today. I saw this quilt pattern on the website http://www.countrycurtains.com/categ...+collection.do and it became my inspiration. Not only was this a first in color and style for me, it's the FIRST time I used the sewing machine I purchased a year ago and JUST FIGURED OUT HOW TO USE!!! Sort of. I managed to keep it sort of straight around the edges and did NOT injure myself!! That's SUCCESS in my book, people! After the fact, I realized I should've used a navy thread but I let it go...I'd had ALL the success I needed for one day.

The paper I sewed to the mat was so pretty, I couldn't think of anything I could do that would make it worth covering up. So, I took a second sheet and fussy cut several balloons, which I attached over each one's mate with mounting tape. Then I set 2 eyelets, punched out 5 banners with letters spelling "Merci" and glued them to the twine I strung through the eyelets. I feel like I totally cheated but DANG!! That was GREAT paper!!! I totally blame the paper company for making such spectacular paper. Feel free to do that as well.


Posted by papercraftgoddess at 9:47 PM