Dirty Spies Down Under!! 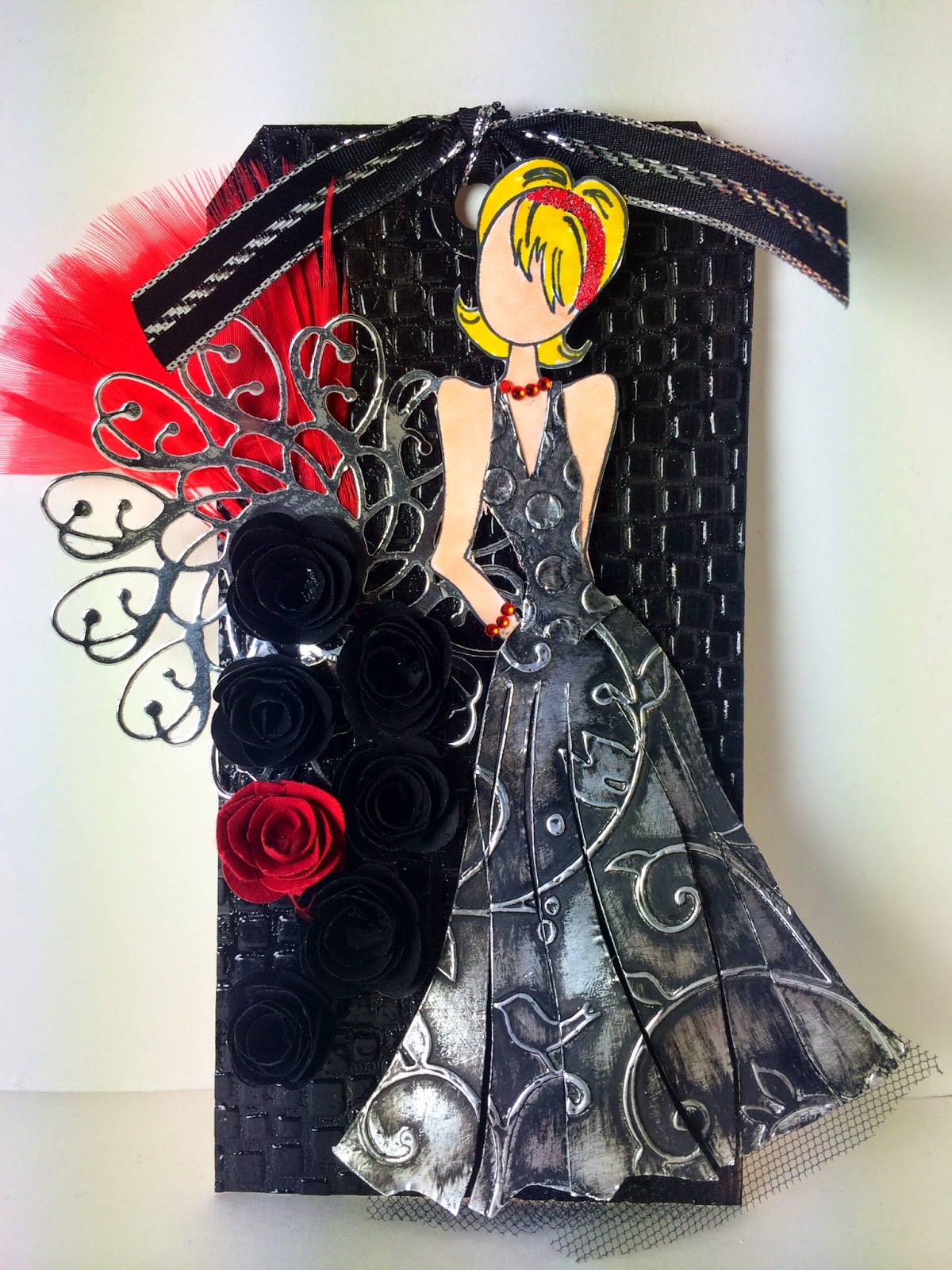 This was my second month in the Dirty Spies Challenge. The idea is to CASE a card by one of the Dirty Girls at Splitcoast. Now, I'm not going to give any more details because, just typing 'Dirty Girls' is good for about 10 thousand blog hits. I don't want to be greedy.

Susie is from Australia. Although we've never really talked about it, I really thinks she feels the same as I do about art, life and the fact we really need to change the spelling of her country to Aus-TRAIL-ia. It's how I've always pronounced it and I'm too old in my ways to do anything about it now. They just need to change it already.

I really love what Susie does with her art. She isn't afraid to put it all out there. I can't tell you how many projects I start, then trash because it looks too outlandish...even for ME. I see stamping/papercrafting as lots of flowers and cute bugs. Like ladybugs and whimsical spiders. No roaches or stink bugs. They're just not cute...even in whimsy.

But Susie does what she loves. Just like Kittie C., who was my first Dirty Spies CASE and one of my idols. They both do exactly what they love and it SHOWS!!! That's why I CASE them...it's not the techniques...Hell, I can CASE the best of them. But creating is where I draw a blank. I swear to you...I actually feel like I'm having panic attacks sometimes! A 4.25 x 5.5 inch card looks small, but it's a lot of white space to fill when you don't have a clue about what to do with it!

I also love her humor. No one laughed harder (or probably even understood, except for me) how you can start with stamping and end up having to replace sheet rock. You're talking to someone who ended up in the ER, injured with STICKLES, for God's sake!! I wonder how many people actually thought about creating a brayer out of a plastic baggie and a link of frozen sausage? Except for ME? Huh??? Huh???? I'm telling you, she's funny!

At the end of the day, thank you, Susie! You're an awesome lady. I love your work and the person you are. There's a joy in creating art, no matter what medium you're in. And Susie has found it. I love her for that!

Recipe: I started with a whole lotta praying. I don't know if it helped the piece but it kept me from dissolving into histrionics. For now. But I embossed the tag (which I painted first with black acrylic) with a folder called 'Tiny Mosaic'. I ordered it off of Ebay from the UK. None to be found here.  I used versa mark all over the front and covered with clear embossing powder. I used a Julia Nutting stamp, which I fussy cut. I colored her skin in E21, her hair in some kind of yellow and used red, sparkle embossing powder on her head band. Tiny, red crystals formed her necklace and bracelet. I covered a sheet of cardstock in Ranger adhesive backed foil. I embossed half with a bird theme folder and a dot folder on the other half. I stamped the doll image on the back and cut it out, forming the skirt and, after stamping again, the top. I cut the pleats from the image on the stamp and just took thin slices out to separate them a bit, then put a bit of black tulle underneath. The Memory Box die on the left was cut from silver, mirror paper and the roses were from an MFT set.

Posted by papercraftgoddess at 10:12 PM