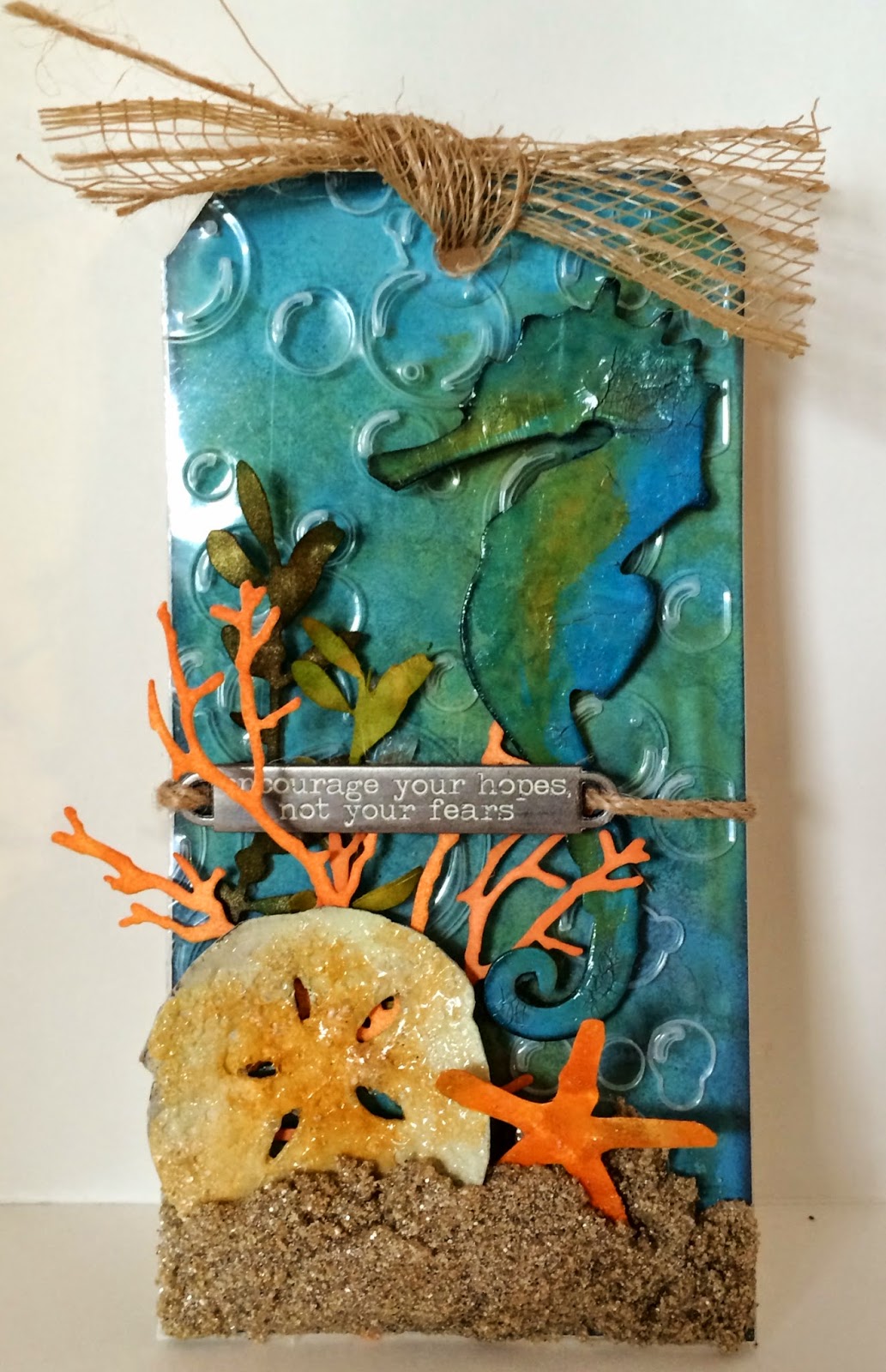 Finally. After saying I was going to take the jump into Tim Holtz's 12 Tags challenge, I sucked it up and DID it!

This month featured an under the sea theme. Using Tim's large die, I cut the Seahorse. Following his tutorial, I ran my tag through various Distress Inks. Salty Ocean, Tumbled Glass and Broken China were the main colors, but I tossed in a little Dusty Concord and Mustard Seed as well. I also took my Distress Marker air spritzer and sprayed the tag with Dusty Concord. I covered the tag with Ranger clear acetate (I think it's acetate) that I ran through the Bubbles Embossing Folder and stapled it onto the tag in the areas I planned to cover later.

I coated the seahorse with a combo of Wild Honey, Salty Ocean and Tumbled Glass Distress Inks. I finished him off with a coat of clear crackle paint and put Vintage Photo stain over that to give it extra texture. I used the small starfish cut from the small silver dollar movers and shapers die. The sand dollar is actually handmade. I traced and fussy cut it from a computer printout and covered it with Antique Linen and Wild Honey. Then, I melted UTEE over it and the starfish and the Sand Dollar to give it a grainy finish. The Spring Greenery I went over with various green and blue distress inks as well as Vintage Photo. The 'coral' is actually a bare branch die that I colored with Rusty Hinge. The sand is from Tim's tutorial and it is amazing!

Finally, the band. I grabbed one that said 'Encourage your hopes, not your fears'. That suited me, perfectly.

This was so fun and so exciting to do! I've never done something this heavy on the mixed media before and was surprised that it wasn't as hard as I thought it would be. Join the tag tutorial and challenge, here

Posted by papercraftgoddess at 6:58 PM